Is the NRA the Big Bad Wolf of the Political Landscape? (VIDEO)

After reading Josh Horwitz’s article, “Don’t Care About Guns? You’re Still in the NRA’s Sights,” in the Huffington Post one gets the distinct impression that the National Rifle Association is the Big Bad Wolf of the political landscape.

Horwitz, the Executive Director of the Coalition to Stop Gun Violence, argues that the NRA is not exclusively a pro-gun organization, but is the Death Star for the entire conservative movement or, to stick with the Big Bad Wolf analogy, a Sean Hannity concealed in the trappings of a hunter.

Okay, in Horwitz’s own words then:

“The NRA is no longer about hunting or sport shooting. It is about a “Shoot First” vision of society, but that’s not all. Under the leadership of [NRA President David] Keene, the NRA speaks out on a range of issues that have absolutely nothing to do with guns or the Second Amendment.” 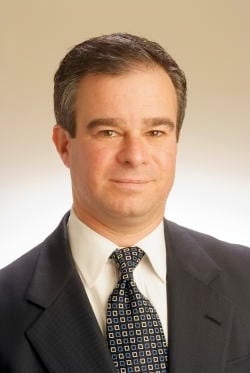 As evidence for his claims, Horwitz cites the fact that NRA recently hosted two panels at Chicago’s Conservative Political Action Conference (CPAC) on June 8, and was a sponsor of the “entire” event.  “That should be the first clue that the NRA has a stake in the broader conservative agenda,” according to Horwitz.

Other ‘clues’ he gives the reader are quotes from NRA speakers on variety of topics, including oil companies, Citizens United, Wisconsin politics, the Disclosure Act, Planned Parenthood, etc.

So, the question is – is the NRA a politically minded organization?

Yes, of course it is.  It almost has to be.  After all, the game for gun rights is played on the political battlefield.

To expand on this idea, I will shamelessly plug an interview I recently did with Prof. David Kopel, Research Director of the Independence Institute.  I asked the adjunct Professor of Advanced Constitutional Law at the University of Denver about the hard-lined, political rhetoric of the NRA and whether that has the potential to alienate gun owners.

He responded in the following way:

If gun owners look at the Obama administration record, including Supreme Court appointments, the Fast & Furious coverup, the attempt to promote gun control with the false claim that American gun stores are responsible for Mexican crime, the administrative imposition of rifle registration in the Southwest, and the import ban on M1 carbines, then thoughtful gun owners would heed [Executive VP Wayne] LaPierre’s warning about how dangerous a second Obama term could be.

In other words, the NRA has become more politically engaged because the war being waged against gun owners is coming entirely from the left.

As a result, the NRA finds itself in a position where it must take a more aggressive stance on certain political issues to curry favor with constituents and organizations who have a similar goal in mind: beat the left, defeat the Obama Administration.

It’s like the old proverb: the enemy of my enemy is my friend.   In short, to help ensure the survival of the 2nd Amendment, the NRA has taken on the politics of its allies.

To me, that makes logical sense.  And unlike Mr. Horwitz, I don’t fault them for it.  I think it’s a smart political play.

Moreover, I don’t think this should shock or surprise anyone.   After all, the NRA doesn’t conceal its aims or its board members.  I mean, who in their right mind would call Uncle Ted Nugent a moderate?  A liberal?

At the end of the day, the NRA is pro-gun organization with ties to other political organizations.  So what?