Imagine if you went to your local gun shop and were told that you could not carry your licensed handgun into the store without having it locked and secured. Apparently Bass Pro Shops, which has a reputation for catering to gun owners and sportsmen, might be doing just that in some of their stores.

I recently stumbled onto an online discussion where a gun owner who was carrying his handgun legally was told that he needed to have his pistol secured at the door, which would render it unusable if need be. Though I heard about this a few years ago in 2009, this news was fresh and needed some looking into to make sure it was not just internet gossip.

Let me make one thing clear, I have no problem with any gun shop making sure that a gun coming in for trade, sale or to be dropped off for repair work, is locked up so that someone doesn’t try to see if a particular shell from a box off the rack fits or chambers properly, or that some clerk does not open up an action on a gun only to have a live round come flying out. I have seen this happen and it is not something I (nor any sensible person) would want to repeat, but what about someone who is carrying their personal defense handgun on them with no intention of taking it out of that holster?  Are they to be forced to secure that gun for no reason other than it is simply company policy?

So I decided to email Bass Pro Shops to see if they could set me straight on their policy regarding gun owners having to secure their concealed carry weapons while on the premises. I received a response from someone who only identified herself as Lynette that was really rather vague. Her email read simply

“Thank you for contacting basspro.com. Your business is truly appreciated. Most of our stores do ask that you check and have your weapons secured upon entering a store. If you are wishing to know the guidelines for carrying a firearm into one of our stores you will need to contact the store directly. You can find the contact information for our stores from the link below. Please contact us again if you require further assistance.”

Look, I’m not naive. I know Bass Pro a big enterprise that I’m sure gets hundreds of letters like mine a day, but I really was hoping for a better answer from a company that buys and sells firearms on a daily basis. I understand that Bass Pro Shops is a private company, and if they choose to they can prevent people from carrying a firearm on their property and in their stores, but is it the right thing to do to the folks that keep you in business.  Has this company also been bitten by the fear of litigation from an imaginary lawsuit, possessed by the specter of some gun owner going on a shooting spree within the walls of one of its stores?

This has been the trend for awhile with more and more large companies putting up signs that weapons on their property are not allowed and, even more disturbing, most gun owners seem to be giving in and leaving their firearms in their vehicle or at home where they would do little good if needed. And though Toys-R-Us and the NFL have now gone gun free, Bass Pro Shops in my opinion should be different. They are selling to the very people they are infringing upon. Is it right to walk into a store where you cannot carry your own legal handgun but then be expected to buy a firearm or hunting gear?  They host concealed carry courses! 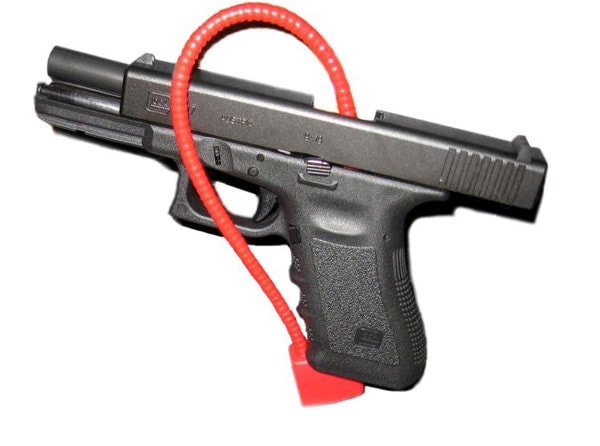 But what I think gets under my skin the most is that each store is different and though that may be partially conforming to state gun laws, it sounds a heck of lot like having your cake and eating it too.  There does not seem to be a single policy only one that it is open to the management of each individual store meaning, though Bass Pro Shops largely does not allow lawful carry on their premises, enough do to say they allow concealed carry.

When I contacted the closest Bass Pro Shops store nearest to me (in Auburn, New York) about whether or not they require someone carrying a concealed carry handgun to secure it at the door, the answer that I received from the general manager was that if the concealed carry permit allows you, to then the pistol does not need to be checked in.  Maybe everyone should be on the same page?

The talk on some of the gun forums on this topic is that most people simply do not tell the clerks that they are carrying a handgun in the first place, which is a smart decision in my opinion. Still it does not make it right that a company selling guns should be making law abiding citizens check their guns at the door as if they had already done something wrong or are likely to go off and do something stupid.

It is even worse that you leave it up to each manager to make the call that should be coming from the big boss, not leaving it as “you need to check your individual store” or the onus for such a hot button decision on lower management.  If they are that worried that a problem will arise, perhaps Bass Pro Shops should get out of the gun business altogether.