For Biathletes Who Hate the Cold: ISSF Introduces New Run and Shoot Event

The International Shooting Sport Foundation (ISSF) has announced its new “Run & Shoot” event, Around The Rings reports. The aptly-named event combines running and shooting, kind of like the biathlon but with less snow.

The contestants run for 600 meters and then stop at a shooting station, where they must shoot five targets at a 10m distance. From there, the shooting is fairly forgiving. Contestants have an unlimited number of shots, but they cannot move on and continue the race until they hit all five targets. The race continues in this fashion, alternating between running and shooting until they hit the finish line. 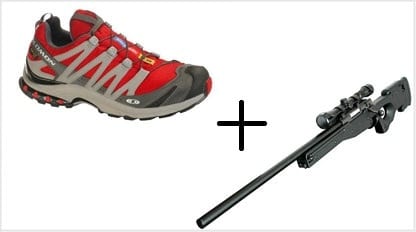 Four hundred athletes gathered in Suhl, Germany, to strap on their running shoes, zero their air rifles, and test out the new sport format. You can check out a list of the winners here.

The ISSF admitted that it does have an ulterior motive for introducing the new sport. Franz Schreiber, the secretary general of the ISSF, said, “The ISSF presents this new sport format in the spirit of the Sport for All program, but also to attract new, young shooters.”

In keeping with that philosophy, the event also hosted a student competition for athletes born in 1998 and later. A young girl born in 1999 (which puts her at 12 or 13, depending which month she was born in) won the student-level event.

If this sport catches on, we could see a generation of young people who care as much about the “Run and Gun” event as basketball or football. That’s probably wishful thinking, but who knows?

For updates, stay tuned to Guns.com. For more information on the ISSF, check out their website. For all breaking gun news, keep browsing Guns.com’s news feeds.