As Guns.com previously reported, the incident occurred back in May 2010 at a party in northeast Harris County.  Rodriquez showed up at Danaher’s house to complain about the noise.  In addition to bringing a flashlight, a cell phone, and a video recorder – Rodriquez brought his handgun.

The confrontation grew contentious and Rodriquez, claiming he was “in fear for his life,” opened fire on several of the partygoers, injuring two others and killing 36-year-old Danaher. 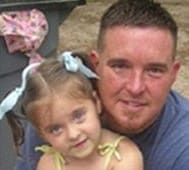 Rodriquez’s defense attorney, Neal Davis, claimed he acted in self-defense, citing Texas’s ‘Castle Doctrine,’ which is similar to Florida’s ‘Stand Your Ground’ law in that it allows one to use deadly force outside the home if one reasonably fears for his/her life.

“Everything has to be seen through Raul’s eyes,” Davis told the jurors in his closing arguments. “If through his eyes, he believed he was in apparent danger, he was justified.”

Prosecutors argued that Rodriguez was a vigilante, someone who was trying to deliberately abuse the self-defense law to his advantage.

“Raul Rodriguez is a neighborhood bully who had a CHL, an arsenal of weapons and a knowledge of the law,” said prosecutor Donna Logan. “He felt he had the ultimate control, the control to decide who lives and who dies.”

She added that, “self-defense was never meant to protect the one who started the fight.”

The Jury deliberated for five hours before reaching its guilty verdict.  As for punishment, Rodriquez is now facing life in prison; his sentencing will occur in the coming weeks.

In other Texas news, the father who killed a man he caught molesting his 5-year-old daughter will not face charges.

Both investigators and a Lavaca County grand jury reached the same conclusion: the 23-year-old father who punched to death 47-year-old Jesus Mora Flores should not be prosecuted.

The incident occurred on a small ranch outside Shiner.  The father reportedly heard his daughter’s cries from behind a barn.  When he ran over to see what happened, he found Flores “raping” – as he described it – the young girl.

After pummeling the man with his fists, the father frantically called 911.

“Come on! This guy is going to die on me!” the father is heard screaming on the call with the 911-dispatcher. “I don’t know what to do!”

When authorities arrived, they found Flores’ body – his pants and underwear pulled down from the waist.   According to Lavaca County District Attorney Heather McMinn, “forensic evidence and witness accounts corroborated the father’s story that his daughter was being sexually molested.”  The young girl was treated at a hospital and released.

Looking at both these cases, do you agree with the outcomes?  Should Rodriquez have been found guilty of murder?  Should the father of the molested girl have faced criminal charges?

If you believe there’s consensus on the latter, here’s a public opinion poll from the Huffington Post that you may find puzzling (Almost 20 percent of respondents believe the father should face criminal charges – wow!  To me, that’s crazy).