The Meslas Fire-Control Riflescope, made by Pulse Inteco Systems Ltd., is not like other riflescopes in one major way. It is a fixed 10-power optic with a built-in laser rangefinder that’s effective to 2,000 meters. It’s also fully-programmable by the shooter. What that means is that a sniper with a Meslas can upload specific ballistics tables, wind tables, and other information pertaining to that individual rifle and what it’s loaded with, and the Meslas will calculate where to place its dot on the reticle.

It calculates all this and automatically compensates for windage and elevation based on the distance to the target. It can also be adjusted in the field. The Meslas even has optional wind, elevation, humidity and axial sensors to further compensate on the fly.

This doesn’t mean the Meslas takes all the skill out of shooting. The sniper still needs to be able to generate the ballistics data needed to program the scope. You have to know what you’re doing before the Meslas can help you, it just takes over doing the calculations in what is otherwise an urgent situation.

Of course, even with the sensor package the atmospheric data is taken from the position of the shooter, so this isn’t a spotter-replacement device. According to Military Times’ KitUp, “Members of the sniper community, however, have pointed that attempts to develop a sniper scope that calculates atmospherical conditions in addition to providing range and adjusted aimpoint may be a bridge too far. A good spotter can be just as effective or better at reading wind than One-Shot, some snipers say.” 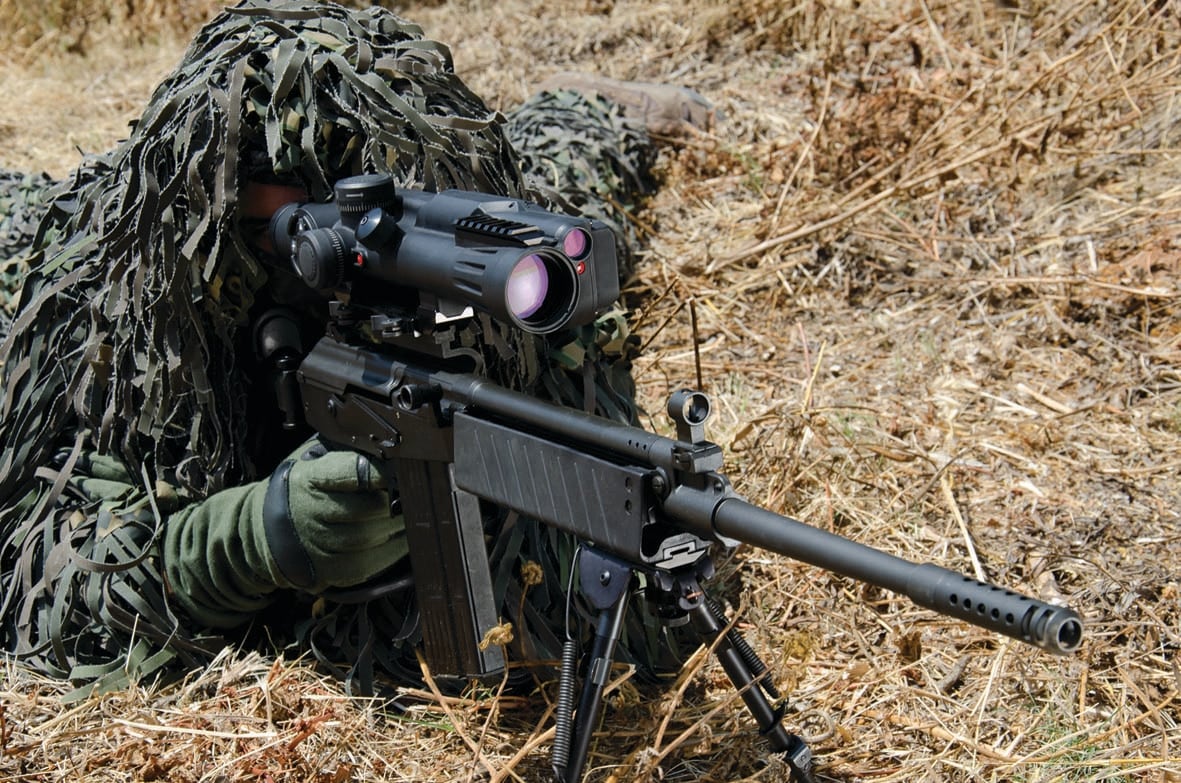 On the flipside, for solo shooters or even long-range competition shooting (as well as long-range hunting, which is controversial) the Meslas would be a godsend. That’s all up in the air at the moment; it isn’t known if these scopes will be sold to the general public or if they will be only marketed for military use. Also, the price has not been revealed.

It has a single-pulse 1.54-micron laser that is invisible to both human sight as well as night vision, so it doesn’t give away the position of the shooter and it has an 8-hour run time on four CR123 batteries. It weighs 4.05 pounds and of course is weatherproof and shockproof and can mount to any Picatinny rail.

You can see more about the Meslas 10×40mm Fire-Control Riflescope here.