Seattle Solution to Gun Crime Has Roots in Gun Community

Homicides have quadrupled in the Emerald City so far this year, leaving city officials and police scrambling for ways to staunch the violence.

This week, at press conference with the city’s top brass, U.S. Attorney Jenny Durkan announced that her office is going to crackdown on gun crime, pushing tougher federal penalties on those who are prosecuted for gun crimes.

“We are here today to send a clear message: if you use a gun in a crime, you will do more time. You will do federal time,” said Durkan. “We will continue to work with organizations, the community and local law enforcement to address ways to prevent these crimes. We cannot prosecute our way out of this problem. But we will prosecute those who are the problem.”

According to King County Prosecuting Attorney Dan Satterberg, state penalties for gun crime are too lenient, especially for felons convicted of possessing a firearm.  Applying the stricter federal standard should help keep violent criminals off the streets for longer durations.

As the Seattle Times Reported: 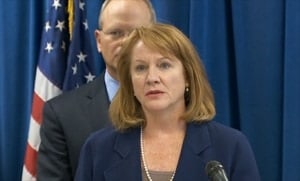 Federal penalties include up to 10 years for being a felon with a gun, a five-year mandatory minimum for carrying a gun to a drug deal, and a 15-year mandatory minimum federal prison sentence for defendants with three prior violent felonies or drug crimes.  In addition to significant prison time, officials said federal prosecution results in more rigorous supervision by federal probation officers when felons are released.

In reviewing this strategy, Dave Workman of Examiner.com made a keen observation.  He correctly pointed out that the genesis of this heavy-handed approach traces back to programs supported and/or created by the firearms community.

Workman pointed to several programs, such as “Project Exile,” a Virginia-based initiative that shifted the prosecution of illegal technical gun possession offenses to federal court, where they carried a mandatory minimum sentence of five years in federal prison under the federal Gun Control Act of 1968, rather than in state court.

“Safe Neighborhoods and Project Exile are efforts that concentrate on bad guys with guns, while leaving law-abiding armed citizens alone,” Workman wrote.  “And here’s a dirty little secret about Project Exile: The NRA lobbied Congress for the funding.” 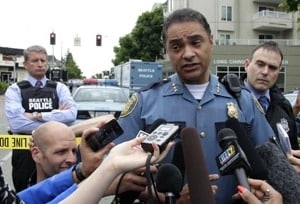 In other words, it was gun owners who were calling down the legal thunder on criminals with guns, long before politicians and police started to, which is not in the least surprising.  Law-abiding gun owners are the first to get behind initiatives that keep criminals off the streets.

Though, of course, there is a stark difference between programs that go after criminals with guns and those that criminalize gun ownership (think of Bloomberg’s draconian gun control laws in NYC).

Hopefully, city leaders in Seattle are mindful of this distinction as they continue to dream up ways to cut down on the gun violence.

(Earlier this year, there were rumblings by senior officials that guns, in general, were to blame for the spike in homicides.  Deputy Chief Nicholas Metz told reporters, “A person who has a gun is more likely to use a gun,”).

As Mr. Workman suggested, instead of pushing an ineffective anti-gun agenda, city leaders should focus on workable strategies that “have either come from the firearms community or have been supported by gun owners.”

Wise advice, especially if the main goal is to keep the peace.