Allow me to cut to the heart of the matter, there’s no empirical evidence to suggest that gun culture contributes to the suicide rate in rural America, as Brian Resnick of The Atlantic argues in his not-so-aptly titled piece, “Gun Culture May Contribute to Suicide Rate in Rural America.”

I know this because (a) if there were evidence to substantiate a causal relationship between gun culture and suicide rates, then Mr. Resnick would have dropped the operative word ‘may’ in his title (it would instead read, ‘Gun Culture Contributes to Suicide Rate in Rural America’) and included the relevant data illustrating his claim and (b) looking objectively at suicide rates, it’s clear that the means (gun, knife, rope, etc) have really nothing to do with what motivates an individual to take his/her own life.

In lieu of providing a clear, fact-based chain of reasoning, Mr. Resnick constructs his argument in the following way:

Problem: “Rural Americans between the ages of 10 and 24 are twice as likely as their urban counterparts to commit suicide. And while youth suicides have declined across the country in recent years, suicide rates in sparsely populated areas have remained steady.”

Claim: “While it is hard to pinpoint the reasons for this disparity — access to mental health treatments is a major contributor — one reason may be tied to gun culture.”

Evidence: Midwestern counselors in a recently published survey “agreed that nearly everyone owned and used guns,” and said that in a lot of their clients’ homes, guns were so commonplace that they became “part of the furniture.”

So, essentially, the crux of his argument is that the ubiquity of guns is, in part, to blame for the higher suicide rate of rural Americans, ages 10 thru 24.

If it were true that gun ownership (or the relative ubiquity of guns in a society) measurably impacted the suicide rate of a population, then the following could not possibly be true: 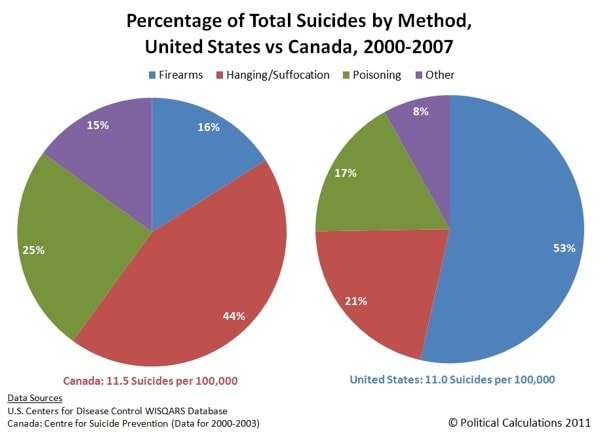 Do more people kill themselves with guns in the U.S. then in Canada?  Well, yes.  That’s plainly clear.  In the U.S. guns seem to be the preferred means to commit suicide, unfortunately. 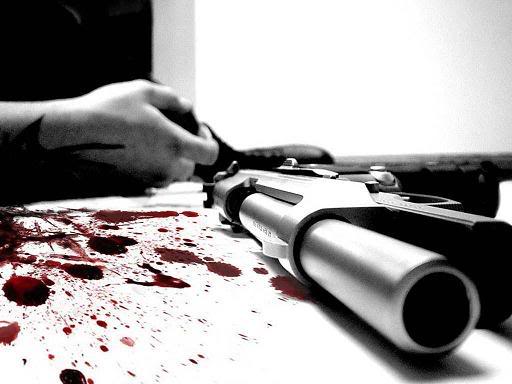 But what’s also apparent by this juxtaposition, and as the authors of “Political Calculations” pointed out, is that “the number of suicides a nation will experience in any given year is effectively independent of the use of firearms and any restrictions it has for firearms.”

In other words, the availability of firearms does not have any impact on the number of suicides in a given year.  People, as it turns out, will find a way to kill themselves if they really want to.

Mr. Resnick concluded his article by pointing out the need for parents to lock up their deadly “furniture.”

He quoted a therapist who said, “In the time that my husband and all three boys were there, there could have been 40 hunting guns in my house. … That stuff has to be secured — it can’t be part of the furniture anymore.”

Now, here’s the thing, keeping one’s guns secured is a good idea and a core tenet in the gun community. Whether or not your child is suicidal makes no difference.  Lock up your guns, we all agree on this.  And it would be fine if that’s all Mr. Resnick was arguing, but it’s clear it’s not.  His earlier implication that gun culture is somehow the impetus behind or reinforcement for a kid’s desire to kill himself/herself is just plain stupid.