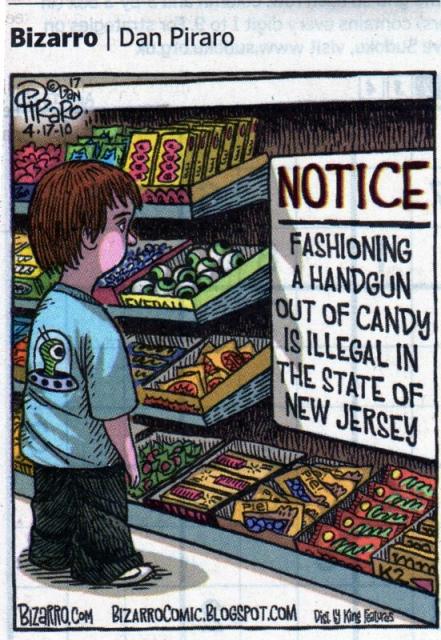 The New Jersey Assembly Law and Public Safety Committee passed Assembly Bill 1216, which increases the penalty for possessing a firearm on the grounds of an educational institution from a third degree crime to a second degree crime, Ammo Land reports.

As you may recall, this bill caused a stir because it would have thrown kids in the slammer for bringing a BB gun to school. A few last minute edits to the bill cut that part out, thankfully, but A1216 passed mostly intact.

The bill, which was sponsored by Assemblyman Linda Stender (Dem), brings on a whole new world of hurt for anybody bringing a gun to school (or unwittingly transporting someone who was carrying a gun). As a second degree crime, penalties now include a prison sentence of five to ten years and/or a $150,000 fine, all without giving the judge much wiggle room in sentencing.

Just to be clear, possessing a firearm for an unlawful purpose is already a second degree crime in NJ, so this will only ever apply to people who possess a firearm, but intend to use it lawfully. So, if criminals would already get the book thrown at them for using a gun illegally, why make a law that would only ever apply to law-abiding citizens who make honest mistakes? Pro-gun control or not, that’s just silly.

Predictably, the vote fell along party lines. The four Republicans voted against, and the seven Democrats voted for.