Earlier this month, an attempt by the Obama Administration to slash funds for the Federal Flight Deck Officer Program (FFDO) was rejected by the House of Representatives, which passed legislation to ensure that the program, which permits qualified and trained airline pilots to carry firearms in the cockpit of commercial flights, remains alive and well.

“Pilots are the first line of defense against terrorist attacks in the sky, and the most cost-effective layer of security that we have in a system that’s prone to security breaches,” said Transportation and Infrastructure Committee Chairman John L. Mica (R-FL), in a press release.

Mica worked with the House Appropriations Committee to prevent what would have been a 50 percent reduction in annual funding for FFDO or $12.5 million.   The FFDO provision was included as part of the Department of Homeland Security Appropriations Act (H.R. 5855). 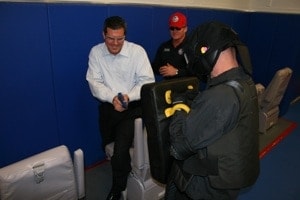 “Having armed pilots in the cockpit is an important layer of defense against terrorism, especially given the endless examples of the massive TSA bureaucracy’s other failures,” Mica said. “It would be foolish to gut security programs that actually work, like the Federal Flight Deck Officer Program, in which our airline pilots bear much of the training costs and help ensure the cockpit is defended.”

The efficiency and cost-savings aspect of the FFDO is tough to argue.  When compared to the Federal Air Marshal program, for example, FFDO is much cheaper.

According to Marcus Flagg, president of the Federal Flight Deck Officer Association, the cost of putting a federal air marshal on a flight is about $3,300 next to the cost of arming a pilot, which is about $15.

“This is the most cost-effective security measure,” said Flagg.

Mica’s agenda wasn’t just about preserving the FFDO, it was also about trimming the fat.  He spearheaded a decision to cut almost $60 million from two much-loathed bureaucracies, the Department of Homeland Security and the Transportation Security Administration (TSA).  Government reports indicate that the number of administrative positions at the TSA is over 14,000 – including 3,986 who work out of Washington, DC, earning an average of $103,852 per year. 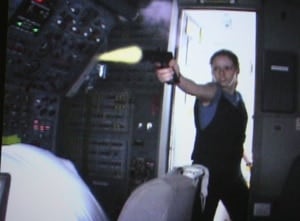 “TSA is an agency that’s out of control,” Mica continued.  “The DHS Appropriations bill not only sustains the successful FFDO Program, it takes steps towards reducing expenditures for TSA’s bloated army of administrative staff, and for programs that are not working.”

“Congress must continue to reform this misguided agency,” he added.

In the past ten years, the TSA has committed 25,000 security breaches.  To be fair, “breaches” is a broad term that includes anything from a misplaced bag to a smuggled weapon or to a failure to intercept a Nigerian man traveling with no ID and an expired boarding pass imprinted with the name of a different passenger.

Still though, Mica’s sentiments are correct.  The government should be looking to embrace cost-effective programs such as FFDO and streamline (or dismantle) the rest.

Do you approve of the FFDO program?  Do you believe law-abiding citizens should have the right to carry a firearm aboard an aircraft?