In his 2008 essay, “Gun Control: Protecting Terrorists and Despots” former Presidential candidate Ron Paul made the following observation about personal safety and self-defense, “Your safety has always, ultimately been your own responsibility, but never more so than now. People have a natural right to defend themselves. Governments that take that away from their people should be highly suspect.”

Those words are absolutely true.  The onus is on us to keep ourselves safe.  Therefore, using the notion of personal responsibility as a framework for evaluating self-defense and safety advice, here is my list of the top five worst self-defense tips.

First, let me clarify, I mean this in the empty, flippant sense of the suggestion.  That is, if someone feels his/her safety is in jeopardy, he/she should “just carry a gun.”  Obviously, if one never bothers to learn how to properly handle a firearm, shoot a firearm, clean a firearm, etc., just carrying one won’t make him/her any safer.  Arguably, it puts his/her life in greater danger.

Unfortunately, I know undisciplined people like this, individuals who believe that range time is not necessary, nor is training, nor is learning self-defense law and the parameters of using lethal force.  What’s worse is that they have no shame about propagating their cavalier attitude toward firearms to friends and family (A guy I know in Arizona bought his wife a gun, she’s carried it for over a year now.  To my knowledge, she’s never fired it once).

While its their Constitutional right to bear arms, I think these people need to be reminded that a weapon is no good if one doesn’t know how to properly use it. 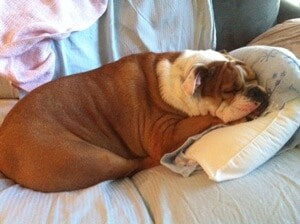 Dogs are great companions.  And yes, they can be used to help keep one safe, especially in terms of being a type of “home alert system.”  But they should not form the centerpiece of one’s self-defense posture.  For starters, one can’t bring his/her 90-plus pound German Shepherd everywhere he/she goes.  So, logistically, dogs present a problem.

On top of that, putting one’s life in the hands of an animal, however lovely and competent that animal is, does not live up to the standard of taking ‘personal responsibility.’  Ideally, one has to learn how to defend oneself without the aid of K-9.

(Admittedly, this probably doesn’t belong on this list, but I included it because I’m biased; I’m a dog lover and I hate to see them being used as human shields).

In doing research for this article, I came across this suggestion on wikiHow, under the title “How to Defend Yourself if Attacked.”  The tip reads:

If you can’t get away, make your aggressor as angry as possible. Say things that offend him/her. When you are fighting somebody, the last thing you want to do is lose your cool. Keep yourself as centered as possible, and stay calm. This will keep you from swinging violently and belligerently leaving you open to an immobilizing counter attack.

I don’t see the logic in this suggestion, how is inciting the ire of an attacker going to make the situation any better?  If a home invader has a gun to one’s face, and the home owner tells the invader that he want to have sexual relations with invader’s mother, how is that going to improve the plight of the home owner?

Note: Nowhere in the wikiHow article does it suggest becoming a responsible gun owner or obtaining a concealed carry permit.

“Use keys, tat tail comb, pens and pencils against a rapist” 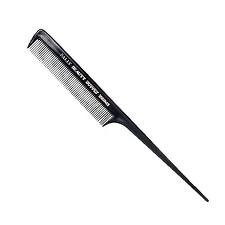 Guns.com writer John Elliot lambasted this suggestion in a previous article, “Response to Illinois State Police: Women Should Concealed Carry Guns, not ‘Keys’ or ‘Pencils.’”  It comes by way of the Illinois State Police, which suggested that women are “advised to protect themselves (in case of sexual assault) with a ‘rat tail comb, keys, pens and pencils’ against an assailant armed with a gun or knife. As a last resort, women are told to put their fingers into their throats and to make themselves vomit, apparently to make themselves less attractive.”

Mr. Elliot’s essential critique is why would state police endorse “such ineffectual defense strategies to combat rape when the lawful application of deadly force would solve the problem better?”  Of course, the larger point is that because Illinois doesn’t allow citizens to carry concealed firearms for personal protection, state officials have to resort to pitching that B.S.

Sure, if nothing else is available, one should use what he/she can – but the truth that no lawmaker in Illinois (Chicago, specifically) wants to acknowledge is that an armed and trained citizen has a much better chance of thwarting a rapist, than one using a rat tail comb or a set of house keys.

This is not so much self-defense advice as it is a legal mandate, but the two are nonetheless intertwined.   “Duty to retreat” establishes that if one is in a violent confrontation he/she has the legal obligation to retreat “to the wall” before he/she can lawfully use deadly force.

The idea behind “Duty to Retreat,” as CNN pointed out, is to make it “easier for prosecutors to prove that a killing was not in self-defense.” 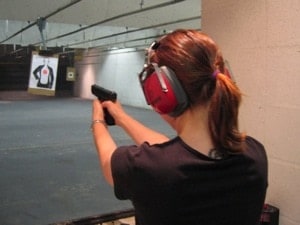 Moreover, the article goes on to state, “the facts that can be proven are often murky (particularly when of the two people who know what happened, one is the defendant and the other is dead) and prosecutors could often, by pointing to a defendant’s failure to retreat, obtain a conviction even without establishing the precise facts.”

This is bad law, and it’s bad advice.  If one is attacked in his/her home – or anyplace where he/she has the lawful right to be – he/she should not have considerations or anxieties about the legal ramifications of meeting force with force or using deadly force to protect his/her life, family or property.

Yet, this is exactly how those who support “Duty to Retreat” want one to feel during a home invasion or during an attack.  They want one to feel tentative, to feel reluctant to engage an intruder, to have a ‘don’t-be-afraid-to-be-a-victim’ type mentality.  In the end, both the law and the passive culture it engenders costs people their lives.

And while it’s true that sometimes retreating is the best course of action, it’s not always the case. Ergo, there should never be an insistence, via the government or the law, on how one ought to respond when his/her life is on the line.

Anyhow, this is my list.  I’m sure there may be some tactics or strategies or tips I’m missing, so please feel free to chime in with your thoughts on bad self-defense advice.