Police in Tiffin, Ohio, are reportedly drafting up paperwork that may allow the public limited access to their shooting range, thanks to the efforts of Circleville native who called out authorities for allegedly giving preferential treatment to certain concealed carry instructors.

“I was looking at expanding my business north and I thought what a better place than the local police station,” Mahan told the Advertiser-Tribune.

Back in April, Mahan reached out to Mayor Aaron Montz and inquired about using the range located in the basement of the municipal building for commercial purposes. Mahan cried foul, believing that the city was granting special permission to certain, connected individuals.  Mahan knew of other concealed carry instructors who had used the range before to teach the state’s 12-hour mandatory training course.

“If the city allows other instructors to use the facility it should open a contract for bidding,” Mahan said.

Turned out, Mahan was correct.  There were other CCW instructors who had used the PD’s facilities in the past.

“I’ve taught this class since the (concealed carry) law passed in 2004,” Seneca County Deputy and certified CCW instructor Craig Robbins told the Advertiser-Tribune. “I usually offer the class once a year at Izaak Walton. This April I used the city’s shooting range because of the weather.”

“I approached Chief [David] LaGrange four years ago and was given permission to use the city’s shooting range,” Henry admitted to the A-T.

Henry added that along with police officers and select CCW instructors, city facilities have been open to members of a private club – the Tiffin-Seneca Izaak Walton League of America – for the last 10 years.

Mahan, aware of this fact, lamented the special arrangement. 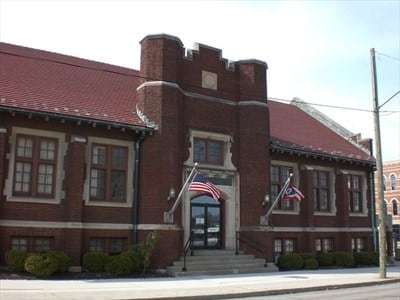 “Public institutions should not allow for unfair competition and exclude instructors because they are not part of a club,” Mahan said.

In the wake of Mahan’s protestations, Henry said the city is now reviewing the documents between Izaak Walton and the police department.

“I am in the process of redrafting documents so it doesn’t look like Izaak Walton is some sort of boy’s club,” Henry said.

Mayor Montz explained that the reason the city has an arrangement with Izaak Walton is because in exchange for allowing members to use the city’s indoor range, police use an outdoor range located on Izzak Walton property for training.

According to the Mayor, it saves money and resources.

Nevertheless, it appears city leaders have relented to Mahan’s wishes.  Lt. Police Chief Michelle Craig is currently looking into expanding the city’s liability insurance to cover the facility for public use.

What do you think?  Should the Tiffin Police Department open its doors to all CCW instructors?  What about to the general public?