Effort to Bring Concealed Carry to D.C. Shot Down

Yesterday, lawmakers were set to mark up legislation to give budget autonomy to the Nation’s capital, but disagreement over amendments that would expand gun rights for D.C. residents derailed the process.

Local officials in D.C. have long been seeking budget autonomy.  They want the power that other city leaders across the country have with respect to their own municipalities, the authority to make budgetary decisions, such as where to spend city dollars, when to begin the fiscal year, etc.

Under the current arrangement, all of D.C.’s decisions are linked to the federal government, i.e. if D.C. leaders want to spend money, then they have to wait for Congress to grant approval. 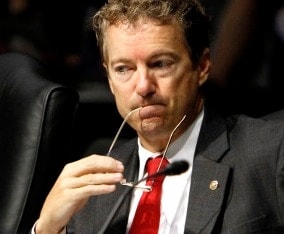 A measure proposed by Sen. Joe Lieberman’s (I-CT), who sits on the Homeland Security and Governmental Affairs Committee, would give D.C. leaders the budget autonomy they so desperately want.

But in typical Washington quid-pro-quo fashion, Sen. Rand Paul (R-KY) added amendments to that bill that would force the District into, among other things, permitting residents to carry concealed firearms and recognizing concealed carry licenses from other states.

Due to the growing popularity of concealed carry among lawmakers, even among Democrats on the committee, senior lawmakers in consultation with local officials and pro-gun control activists were worried that if the bill included those pro-gun amendments it would likely pass.

So, instead, leadership decided to scrap the whole measure.  No budget autonomy.  No concealed carry.

Before the fate of the measure was sealed, the Brady Campaign to Prevent Gun Violence lampooned Sen. Paul for his apparent “hypocrisy” for using his federal leverage to press upon D.C.’s independence.

“Senator Rand Paul has launched an all-out, sneak attack on the authority of the District of Columbia to decide for itself the best way to protect its citizens from the ravages of gun violence,” said Brady Campaign President Dan Gross. 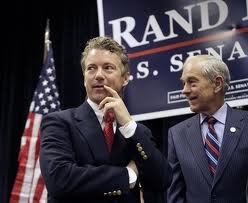 “Quite simply, Rand Paul is promoting the gun lobby’s agenda and if he and the gun lobby have their way, innocent people will die,” Gross continued.  “All this is in direct conflict with the principles of local prerogatives and market freedom that he regularly espouses — when the subject is not guns. Rand Paul is nothing less than a hypocrite and his actions as a senator are a threat to our communities.”

One can easily argue that Sen. Paul is not a hypocrite, but rather a pro-Constitution politician.

The District currently infringes on the 2nd Amendment rights of its citizenry, Sen. Paul was earnestly trying to restore those rights using the government’s fallible but semi-functional political process.  In short, one can’t blame him for doing what he did or in the manner he did it.  For better or worse, it’s the way Washington works.

Yet, one would have a hard time convincing the Brady Campaign of this.  Ross concluded with the following remark:

“We suspect that gun stores are not opening on every corner in the District because District residents understand that possessing guns exposes them and their families to extraordinary danger. D.C. residents may have the constitutional right to possess guns for self-defense, but they are wisely choosing not to exercise that right. ”

A few facts: 1. There’s only one gun store in D.C. because of the unending reams of bureaucratic red tape.  2.  There is no ‘choice’ involved, people do not bear arms for self-defense outside the home in D.C. because it’s against the law!