Guns Save Life is a pro-gun organization dedicated to firearms education and gun ownership, and they recently raised over $6,000 for an NRA Youth Shooting Camp program sponsored by Darnall’s Gun Works & Ranges. They raised the money by turning in donated junk firearms to a recent Chicago gun buyback program championed by Mayor Rahm Emanuel.

Don’t worry, no guns of worth were harmed in the process of this fundraiser. “Many were little more than barreled receivers, including ten pre-1898 Mausers. Out of the 60 guns we collected, maybe a dozen would actually manage to shoot a round or two. But some of those would probably have been pretty exciting (in a dangerous way) to fire,” said John Boch, president of Guns Save Life. 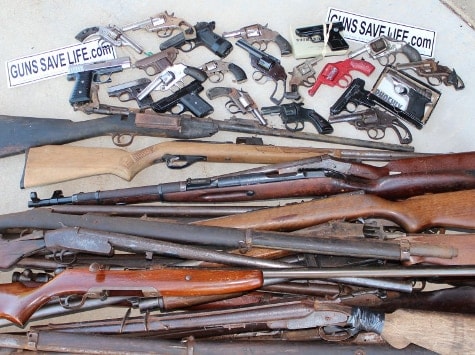 They turned this junk…

The buyback program accepted any guns, functional and otherwise, and even BB guns, air rifles and replicas, “No questions asked.” People were given $100 gift cards for each firearm they turned in, and $10 for the BB, pellet guns and replicas. Guns Save Live handed 60 broken, incomplete, and otherwise garbage firearms and four pellet guns to the Chicago police to raise proceeds for the kids’ shooting camp in Bloomington, IL.

This is a repeat of a previous Guns Save Life buyback-turned fundraiser in 2007, where they used an earlier buyback program to raise $2,300 for the NRA camp using similar tactics on a smaller scale. This time, Guns Save Life raised over $5,000 after costs. 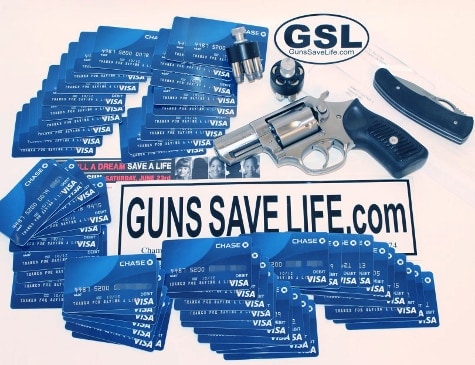 The “No questions asked” policy turned out to be something of a misnomer, as they were lightly grilled by the officers collecting the firearms at two of the three collection centers. “If you were a criminal, there’s no way you’d go to one of these,” said Chris Betley, one of the Guns Save Life coordinators. “There were police everywhere, including detectives that were sizing up people as they came in. They knew what we were up to. Most of them didn’t care,” Betley noted, “But some of the younger detectives acted pissed off about it.”

“Where in the hell did you dig these up? Out of a grave site?” a detective asked. “Who are you with? What’s your affiliation?”

From the perspective of the kids’ camp, this buyback was a great success. The money raised will go to cover the cost of ammunition for the camp, as well as purchase rifles which will be given away as prizes to the participants. Darnall’s NRA Youth Shooting Camp is the longest-running shooting camp in the country, with over 100 kids over the course of four days and three nights. 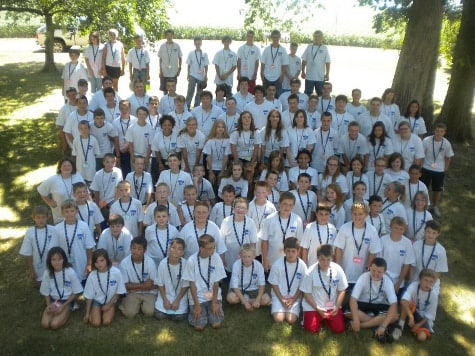 Chicago officials called the program a success as well, having collected more than 5,500 guns, many of which were not serviceable.

For example, Jean Jones, 64, turned in a handgun belonging to her late husband. “That’s a killer right there. That small gun,” said Chicago Police Sgt. Kevin Johnson. “It’s a North American Arms .22 caliber. That bullet is so small it will bounce. It will travel and you’ll have internal bleeding going throughout your body.” 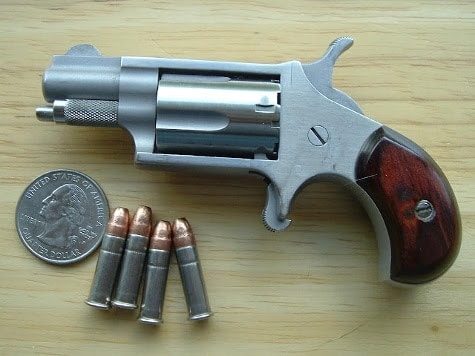 However, the gun was in such poor condition that the police were unable to unload it. “Officer Sean Hayes, an instructor at the Chicago Police Academy, tried to unlodge bullets from the gun. The .22 caliber bullets were jammed inside. He even tried using a hammer to remove them, but couldn’t.”

Gun buyback programs have largely been criticized for disarming the wrong people, and this year’s Chicago buyback was no exception. “The people who participate are generally those who are least dangerous. Those who are most dangerous have no motive to participate. So when the buyback is done, the number of armed criminals will most likely be unchanged.”

Still, this doesn’t mean we can’t appreciate it when good people like those with Guns Save Life take advantage of these programs. Have you ever monetized a gun buyback, or would you?

Photo credit The Next Chapter.