A Texas constable ended an hour-long standoff between Wood County Sheriffs and a suicidal man when he shot the gun out of the suspect’s hand, CBS 19 reports.

Sheriffs and Texas Rangers responded to a 911 call from a man threatening to kill himself. The deputies showed up to talk some sense into him, but they discovered that the man had fled into his expansive back yard 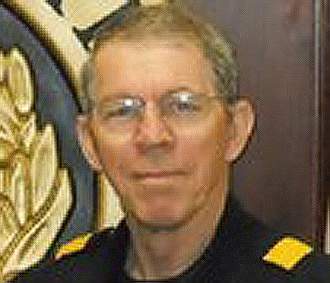 and was hiding out. They eventually found the man, who must not have been too keen on being discovered. The armed, suicidal man threatened to shoot the officers.

That’s when they called in their ace marksman and tactical rifle instructor, Constable Edward Shadbolt, to assist in the situation.

Things went from bad to worse when “the subject suddenly posed a threat on the constable,” prompting Shadbolt to disarm the suspect, Wild West style. Shadbolt put a bullet into the man’s hand from 30 yards away, forcing the suspect to drop his gun in the most painful way imaginable.

The suspect was taken to a nearby medical center and treated for his hand wounds. From there, he was sent to ETMC Behavioral Health center for evaluation.

We’ve got to hand it to constable Shadbolt. His life was in danger and he was fully in the right to give the suspect his wish of death by cop. Rather than taking a life, Shadbolt opted for the much more difficult shot and saved the man’s life. What a marksman!