Without knowing all the facts, but based on the evidence presented in a Chicago Sun-Times editorial, Dawoud Zoubeidi appears to be – to use a euphemistic phrase – an undisciplined gun owner.

In 2009, Zoubeidi was convicted of a misdemeanor gun charge for accidentally shooting himself.

In 2010, he ran out of his clothing store, ‘The Connection Wear’ in Calumet City, and fired three shots from a .40-caliber handgun at a fleeing thief who stole some leather jackets.

As noted by the Chicago Sun-Times, Zoubeidi’s store is located across the street from an elementary school.  Firing his weapon in the manner that he did, in the open and indiscriminately, could have had tragic consequences.  Thankfully, it didn’t.  He failed to hit anyone. 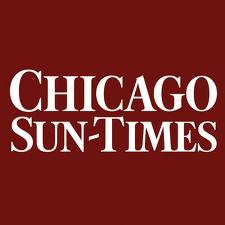 Following the incident, Zoubeidi was charged with reckless discharge of a firearm and aggravated unlawful use of a weapon.

This August, he is scheduled to appear in court and answer for his imprudent behavior.

Reportedly, his attorney is planning to claim that Zoubeidi acted in self-defense when he discharged his firearm.

Given these facts, would you defend Zoubeidi actions?

I don’t think so (or maybe you would, if so, please explain below).  But for some reason the editorial board at the Chicago Sun-Times acted surprised that the NRA was unwilling to defend Zoubeidi:

We’re bracing for the predictable outrage from the NRA. Surely they will rally to his defense, right?

The editorial board goes on to explain how Zoubeidi’s case is a rare example of common ground between the gun community and gun control advocates in that both parties believe that his claim of self-defense is dubious.

The board consulted Illinois NRA chief lobbyist Todd Vandermyde, who explained, “Illinois law allows a person to legally own and use a handgun to defend himself, but not simply to pursue a thief.”

Vandermyde added that Zoubeidi “made a bad judgment and crossed the line that most of us explicitly understand.”

What the editorial board does not realize is law-abiding gun owners are the first people to condemn ‘bad judgment’ calls or criminal behavior by people who possess firearms.

In short, we don’t defend idiots with guns.

But, and this should be stressed, we also realize the need for the legal system to run its course.  As mentioned, we don’t have all the facts at this point, something Vandermyde underscored while making his comments to the Times.  Those will come out during trial.

Therefore, the best thing to do is withhold judgment on Zoubeidi’s particular case.

With that said, there are two more points that need to be addressed, albeit briefly.  The first is the claim that Zoubeidi’s acts will “undermine efforts to make the concealed carry of a handgun legal in Illinois.”

To this claim I will say that even if found guilty, Zoubeidi’s acts will tarnish the reputation of gun owners no more than Jerry Sanduski’s abominable behavior tainted the reputation of all college football coaches.  That is to say, the actions and misdeeds of one man do not speak for all men.  Every lucid individual understands this universal truth.

The second point, which is amusing, is the guarded admission by the editorial board that permitting law-abiding gun owners to carry concealed firearms does not increase crime: 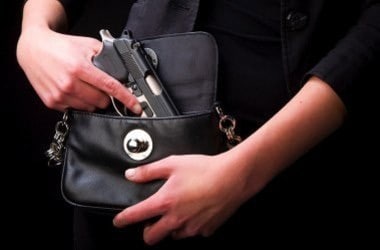 Our own worry, although we acknowledge that statistics in other states have yet to bear out our concerns, is that legalized concealed carry — on the expressway, on the L, on the sidewalk — will result in more irresponsible gunplay in public places.

Forty-nine states have now legalized concealed carry.  And in the wake of this expansion of gun rights, which has really taken place over the past few decades, violent crime has not increased; it has declined steadily, year after year.

“Yet to bear out our concerns…” – give us a break.  Someone should tell them not to hold their collective breath.

With respect to their willful ignorance in the face of a preponderance of evidence, I’m reminded of a quote Guns.com reader Roderick Kutch referenced in the comment section on another article.  The quote is by the great French novelist Gustave Flaubert.  It reads:

“As a rule we disbelieve all the facts and theories for which we have no use.”