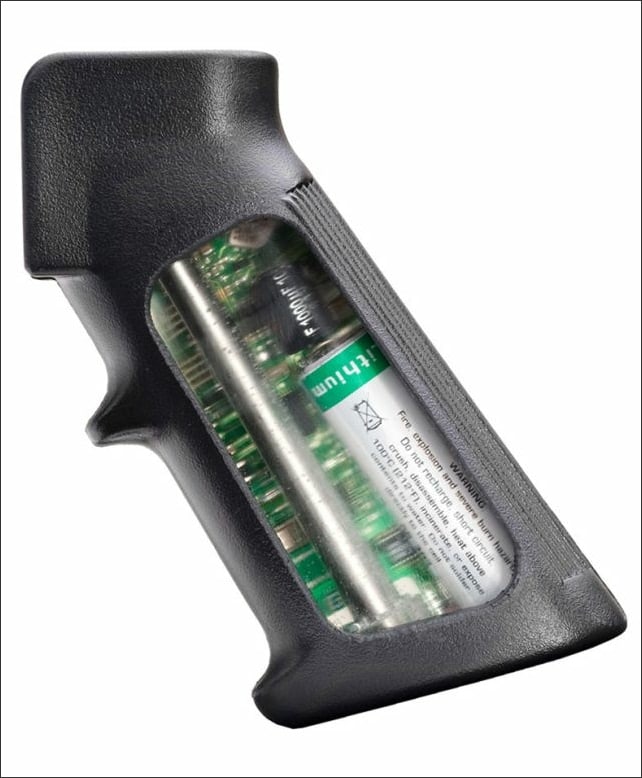 Appropriately nicknamed the “gun black box,” this gun add-on will record data and transmit it in real time back to battlefield commanders in much the same way that a plane’s black box records the last several minutes of a crash.

In theory, attaching a SmartCore to every military rifle should make a huge difference on the battlefield. In addition to keeping track of mundane information, such as which rifle needs maintenance, these devices can tell commanders who is firing a rifle and where, all without anyone ever picking up a radio. SmartCores should also be compatible with grenade launchers, machine guns and just about any other firearm that doesn’t use the grip to hold ammunition.

What are the downsides of using a SmartCore? Besides forking over the cash to buy one of these things, there aren’t many. FN boasts that it is a ”fully automated and integrated system that can fit various types of weapons. Its operation is totally transparent to the infantryman and its light weight and location – embedded in the pistol grip or buttstock for instance – has no impact on the balance of the weapon.”

It’s hard to evaluate the efficacy of a device like this without having access to the official price-per-unit for a huge order. We could see a high-tech gadget like this being just as expensive as the guns they’re attached to. If that’s the case, military organizations might be better off dropping the cash on helmets and body armor rather than gun sensors.

What do you think? Do you think this would be a beneficial piece of equipment or a waste of money?