Four of the Very Best Primary - Secondary Weapon Combos for You

Like the one-two combo in boxing, having both a long gun and a handgun when operating tactically allows for greater versatility. Besides, if your long gun malfunctions or goes empty, a transition to your secondary will save your life. So which guns should you pick?

There’s a couple of solid reasons why the military uses the 5.56mm/.223 NATO cartridge on an AR platform.  First, it’s a lightweight round and that allows for greater speed and mobility when carrying ammo on foot.

Also because the ammo is light, you can carry more and thus have more rounds to shoot.  The second reason is that when the .223 round hits the body the bullet tumbles and zig zags, tearing up the body cavity, and virtually anyone can shoot it with ease. Lastly, there’s not much in the way of kick.

The negative aspects of the .223 round however flow from the very same well as the qualities that, in operators eyes, make the round “good”, namely the lighter round translates to less power. Like a buddy of mine said to me after emptying several mags of .223 during a deadly encounter, “Jeff, they just wouldn’t go down.”

Using a 9×19 round is universal and even if you find yourself operating in austere conditions in the middle of nowhere, you’ll likely be

able to scrounge up some 9mm Luger.  A 9mm semi-automatic handgun’s biggest asset as your secondary weapon system is that you have a lot of ammo packed into one high capacity magazine.

The 9mm Luger is bigger than the .380 Kurz (the .380 is a 9mm with a different casing), though smaller than other defense round favorites (like .40 S&W or .45 ACP). And yes, there can be over penetration with the 9mm (especially when using military grade FMJ 115g) but 9mm Cor-bon rounds won’t over penetrate.

The other reason some are leery of the 9mm is because of stopping power. Forget about it: it’s all in the shot placement and getting multiple shots on target.

Pros: These pair of rounds are easy to come by just about anywhere in the world. 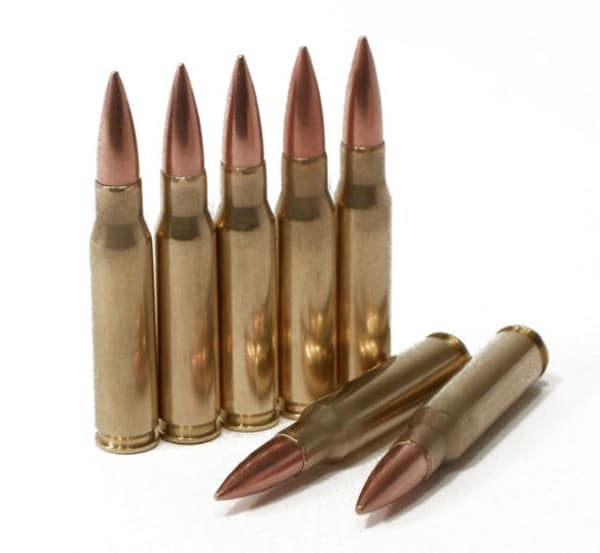 I taught a patrol rifle course where a SWAT officer showed up with an AR-10 with a pretty short barrel. There was that distinct sound when he shot, verses the other guys firing .223s. You couldn’t help but envision some joker’s surprise, finding himself on the bad end of this round. But I also thought about the round over penetrating through walls and that could be a problem.

As far as your handgun goes and regardless of any personal preferences, the .45 ACP is just an 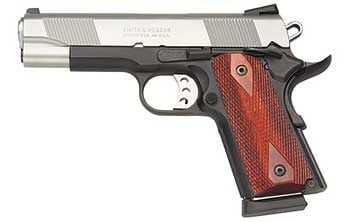 awesome round. The biggest problems with packing a .45 are the magazines don’t hold as much as the 9mm and it’s not ideal to change mags in a gunfight.  Also, the caliber might be too big for novice or intermediate shooters to handle.

The .45s greatest appeal is, of course, the stopping power, which is to say, this is a round I trust to put down any target on to legs. I first recognized this when I attended the LAPD Advanced SWAT school years ago and was armed with a 1911 and an H&K MP5 SMG.  Changed my life.

Cons: Over-penetration could lead to unwanted injuries, particularly in CQB.

For those super close-quarters combat applications, having a .223 short-barreled rifle with collapsible stock works great, but so does the H&K MP5 SMG or the Colt SMG in 9mm. You can give someone a permanent zipper with a sub gun at close range.  So what that it’s a 9mm? Nine millimeter is a great round and it’ll do the job (especially on full auto). When it goes empty, transition and shoot some more with your handgun chambered in—9mm. 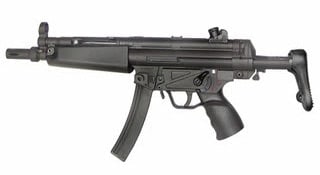 Having your long gun (or sub gun) and secondary weapon in the same caliber gives you one obvious advantage: versatility.  Because the rounds will fire out of either gun, you have more ammunition for each of your two weapons.  Given the crazy scenarios a firefight may throw at you, the ability to re-employ a weapon even after you blow through all your magazines is a good thing.

Considerations are the range/distance, environment, and terminal performance. If you’re going to approach a building from afar or go into a structure where you might have a little further distance from which to shoot, consider a FN 5.57 long gun/sub gun-handgun combo or the H&K 91.

As a sidebar, I remember an operator once telling me about how he traded his MP5 during the Panama invasion for a 12 gauge after he was nearly killed in a CQB shoot out. I’d concur that a 12 gauge is a great weapon up close, but it just won’t reach long distances. If someone in your team has a long gun, another has a sub gun, and you opt to carry the shotgun, you’re on the right track though.

Cons: Shotguns and shorties are limited when it comes to versatility and distance shooting.

Considering your rifle, something small and compact that will fit into a bag or backpack is ideal for those times you need to grab the bug out kit and beat feet.  And, what to do if this apocalypse of is of the zombie variety? 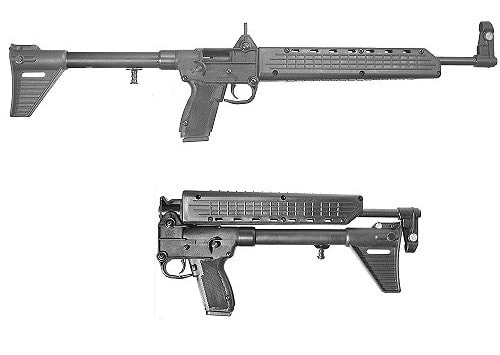 A break apart .22 LR would work well, but it might take some time to put together if you’re concealing it in the bag after a Katrina-type disaster. For small game hunting survival, a .22 is fine, but not so good for killing zombies.

A Kel-Tec 2000 allows you to use the same magazine that you have in your handgun.  No loading up extra mags and that’s very cool. It’s also your choice of either a 9mm or a .40 cal. This model folds in half so you can conceal it quickly if needed (and open it up quick too).

What about a Z-day sidearm?  You can carry a 1911, a Glock, H&K or the cool little, brand new Springfield XDS but I’d make sure it is in .45. The Kriss SMG is drool-worthy .45 option too. It’s a sub machine gun blasting out .45 ACP rounds. Super small and compact, ideal for a go bag.

Pros: The Kel-Tec and the Kriss SMG options allow for the same caliber in both primary and secondary weapon systems. You could do the same with a .22LR rifle and handgun too.

Just remember, different situations require different guns. Whatever your druthers, you still need to get to the range and practice, so don’t forget to practice your transition drills.  Until next time, continue to hone your skills and keep adding to your tactical toolbox.