Last week, by a vote of 64-35, the U.S. Senate passed a five-year, half-trillion-dollar farm bill that is projected to cut land conservation and agricultural spending by about $2 billion a year.  Not included in this massive bill is an amendment known as the Sportsmen’s Act of 2012.

Sen. Jon Tester (D-MT) and Sen. John Thune (R-SD) put together the Sportsmen’s Act of 2012, which was comprised of several provisions designed to improve hunter access to public lands, appropriate funding for shooting ranges, support fish and bird habitat programs, and keep the Environmental Protection Agency from regulating ammunition with lead-based components (priority provisions of the Act are listed below).

The Sportsmen’s Act was one of 300 amendments the Senate considered adding to the Farm Bill, of those 300, only 70 made the cut. 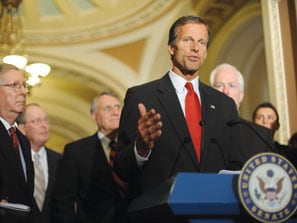 This disappointing news was sharply felt by the National Shooting Sports Foundation, which strongly endorsed the Act.

In a press release, the non-profit local trade association for the shooting, hunting and firearms industry lamented the outcome but expressed the resolve to fight on.

“NSSF thanks everyone who called their senators and urged them to support the Sportsmen’s Act amendment,” wrote NSSF Senior Vice President and General Counsel Lawrence G. Keane.

“NSSF is committed to continue working with Senators Jon Tester (D-Mont.) and John Thune (R-S.D.), who introduced the Sportsmen’s Act of 2012, and other co-sponsors to advance pro-sportsmen’s legislation in the 112th Congress,” Keane added.

In the past five years, food stamp beneficiaries have more than doubled, from about 20 million to 46 million.  Under the new farm bill, which drafted by the Senate Agriculture, Nutrition and Forestry Committee, the budget for SNAP is $80 billion a year – a whopping 75% to 80% (depending on the estimate) of the entire spending in the farm bill.

Senate leaders were quick to point out that under the new constraints of SNAP taxpayers will save about $4 billion over the next 10 years.  However, fiscal watchdogs see this as a drop in the bucket compared to the $770 billion price tag of SNAP over that same time frame.

Giving the nature of this conversation, talking about hunting, the outdoors vs. government assistance, would it be wrong to reference the old proverb, “Give a man a fish and he eats for a day teach a man to fish and he can feed himself for life?” 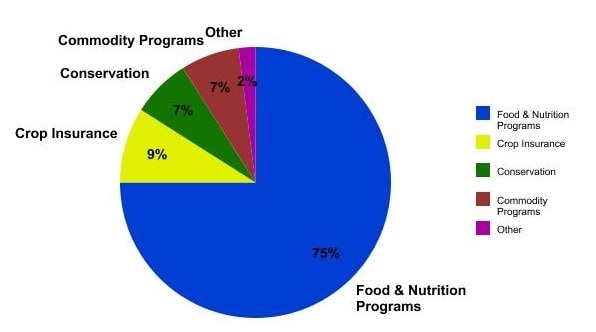 In any event, here are the priority provisions within the Sportsmen’s Act of 2012:

Making Public Lands Public: Requires that the 1.5 percent of annual Land and Water Conservation Fund funding is made available to secure public access to federal public land for hunting, fishing and other recreational purposes.

Target Practice and Marksmanship Training Support Act: Makes Pittman-Robertson funds available to states for a longer period of time for the creation and maintenance of shooting ranges. The bill encourages federal land agencies to cooperate with state and local authorities to maintain shooting ranges and limits liability for these agencies.

Polar Bear Conservation and Fairness Act: Allows for the Secretary of the Interior to authorize permits for re-importation of legally harvested polar bears from approved populations in Canada before the 2008 ban.

Recreational Lands Self Defense Act: Prohibits the Secretary of the Army from enforcing any regulation that keeps an individual from possessing firearms in Army Corps of Engineer Water Resource Development projects or facilities.