On its last day in session before summer recess, the U.S. Supreme Court struck down the hotly debated Stolen Valor Act, a law meant to crackdown on military phonies.

Under the Stolen Valor Act, signed by U.S. President George W. Bush on December 20, 2006, it was a federal misdemeanor to falsely represent oneself as having “been awarded any decoration or medal authorized by Congress for the Armed Forces of the United States, any of the service medals or badges awarded to the members of such forces, the ribbon, button, or rosette of any such badge, decoration, or medal, or any colorable imitation of such item.” 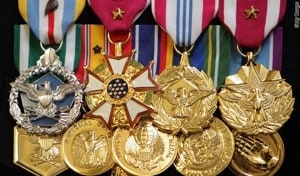 The punishment for lying about one’s military record could be six months to a year in prison depending on which medals one is falsely claiming he/she had been awarded — punishment is more severe for the Congressional Medal of Honor.

By a 6-3 margin the high court ruled in favor of Xavier Alvarez, a local California politician who told people at a public meeting, circa 2006, that he was a retired Marine who had been awarded the CMH.  However, Alvarez had never even served in the military.  He was the first individual tried under the SVA.

For his unlawful behavior the presiding Judge gave Alvarez a $5,000 fine and 416 hours of community service.  Alvarez appealed the ruling and the case (US v. Alvarez) eventually found its way to the Supreme Court.

The court, in a judgment written by Justice Anthony Kennedy, ordered that his conviction be thrown out, citing his First Amendment rights and the constitutional value of false statements of fact.

“The Nation well knows that one of the costs of the First Amendment is that it protects the speech we detest as well as the speech we embrace,” Kennedy wrote.

“Though few might find respondent’s statements anything but contemptible, his right to make those statements is protected by the Constitution’s guarantee of freedom of speech and expression.”

Due to the controversial nature of the case, the ruling was greeted with mixed reviews.

ACLU’s deputy legal director, Jameel Jaffer, applauded the decision, saying the ruling was “right to reject” the government’s arguments that false statements are categorically unprotected by the First Amendment. 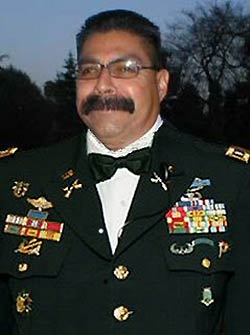 ‘The First Amendment reserves to individual citizens, not the government, the right to separate what is true from what is false, and to decide what ideas to introduce into private conversation and public debate,” Jaffer continued.  “Today’s decision is an important reaffirmation of those crucial rights.”

Disagreeing with the ACLU, Veteran organizations expressed their disappointment.

“Despite the ruling, the VFW will continue to challenge far-fetched stories, and to publicize these false heroes to the broadest extent possible as a deterrent to others.”

American Legion National Commander Fang Wong was “saddened and aggrieved” by the overall decision, but saw a silver-lining in “portions of the decision which suggest that a more narrowly tailored bill which incorporates traditional fraud elements would be upheld.”

It appears that the door is open for a Constitutionally sound, Stolen Valor Act – the 2.0 version.  We’ll keep you posted.

What are your thoughts?  Did the Supreme Court get it right?