This German K98 is Decorated with Pretty Blue Paint and Stickers

Armory Blog has posted a picture of a historic German K98 rifle, which has been transformed into a customized blue firearm, complete with cartoon stickers.

Oh, jeez. This one is bound to start up a debate in the comments section. Does the owner have a right to do whatever he wants with his property? Definitely. Is it hard seeing a historic firearm that’s been transformed into a blue-colored joke? Heart-breaking.

The bolt action K98 Mauser originally saw service in Germany starting in 1935 and remained in action well throughout World War II. Miraculously, this particular rifle has managed to survive for nearly 80 years, only to get a makeover and a fresh coat of blue paint in honor of a cartoon designed for little girls.

We’re going to go out on a limb and guess that most of our readers don’t spend time watching the cartoon show My Little Pony, which is directed at preteen girls and has since developed a cult-like following among certain Internet groups. So, you probably wouldn’t be aware that this rifle is meant to resemble Rainbow Dash, pictured below. The distinctive sticker on the butt of the rifle, which you can also spot on the back leg of the pony, gives it away. 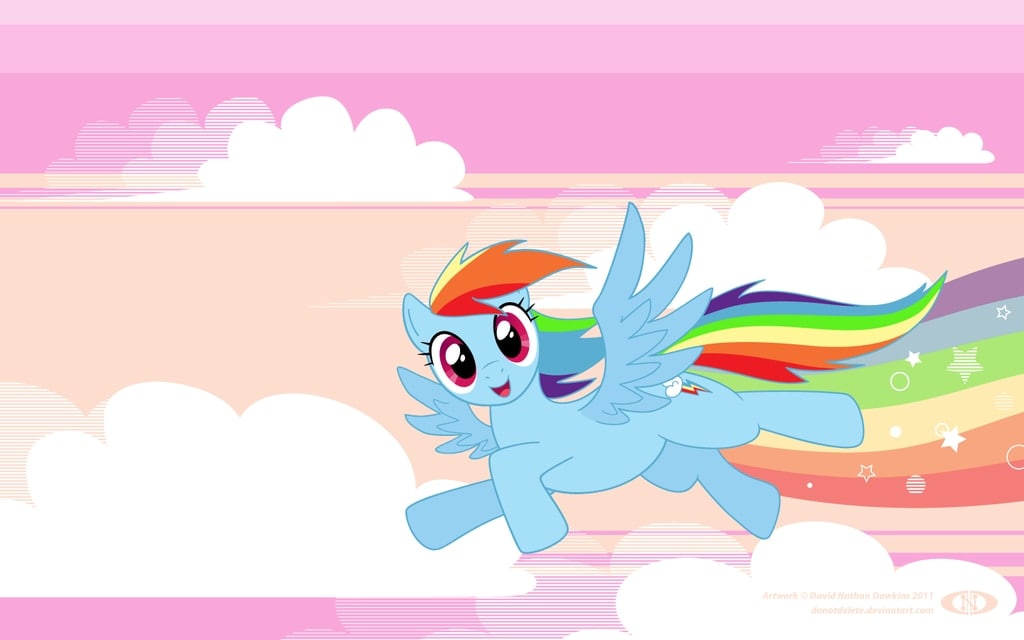 What’s your opinion on this? Is this a crime against world history, or is this no worse than other gun modifications you might see at your local gun range?