A massive team of plaintiffs and lawyers that is gaining support from the Calguns Foundation, the California Association of Federal Firearm Licensees, and the Second Amendment Foundation are challenging an Alameda County (near San Francisco) law requiring that all gun stores cannot be within 500 feet of residential properties. 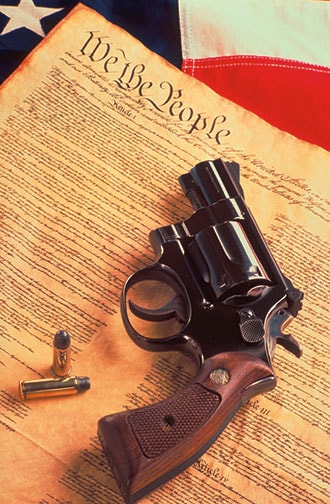 When businessmen John Teixeira, Steve Nobriga and Gara Gamaza decided to go into business together and open a gun store, they played by the rules. They filled out all the paper work, applied for the necessary permits, and crossed all their t’s. They complied with a law preventing gun stores from being within 500 feet of any local residency, so they meticulously measured the route to the closest home and found that they were well beyond the distance.

And then the county of Alameda changed the measurement requirements. Attorney Donald Kilmer explains, “Their store was moving forward, things were going great, and then they were blindsided by the County long after putting money, labor, and time into opening their store. That’s a serious due process problem for the County.”

As with most US legal cases, whatever the courts decide could send ripples through the gun community, “not just in California, but across the United States,” adds co-counsel Jason Davis.

On a related note, the city of Sunnyvale, which is a mere 40 miles further south along the California coast, recently completed a study that found that gun stores have no correlation with area crime. That certainly seems to lend evidence to the plaintiffs’ claim that the law, as Calguns notes, “is not rational and cannot withstand any form of constitutional scrutiny.”