‘Joe The Plumber’ Under Fire for Pro-Gun Campaign Ad

Ohio congressional candidate Samuel Wurzelbacher, better known as ‘Joe the Plumber,’ is being sharply criticized for a pro-gun campaign ad, in which he intimates that gun control laws were, in part, responsible for the Holocaust and the Armenian genocide.

Upon seeing the ad, the National Jewish Democratic Council called for its removal, protesting that, “using the memories of the six million Jews killed in the Holocaust to make a political point is never appropriate, under any circumstances.”

Ohio Democratic Party Chairman Chris Redfern told the Washington Post that video was “incredibly offensive.” He called on Republicans and Democrats to condemn “the despicable actions of this very desperate man.”

Wurzelbacher’s opponent in the ninth district of Ohio, incumbent Democratic Rep. Marcy Kaptur, did not see the relevance of the ad.  She called it “peculiar” and labeled her competitor “out of step with the vast majority of people,” while appearing on Daily Rundown Thursday.

Earlier this week, in a post entitled “I Can See Russia from My Backyard” on the conservative website RedState.com, Wurzelbacher lashed out against critics and defended the ad.

“Last week I released a video on the 2nd Amendment stating well-documented, historical facts about totalitarian leaders and their implementation of gun control laws prior to exterminating millions of their own citizens in 1911 Turkey and 1939 Nazi Germany,” Wurzelbacher wrote.

“Within hours, this far-left, anti-gun, liberal propaganda wing of the Center for American Progress organization–’Think Progress’–posted a false story with the blazing headline: ‘JOE THE PLUMBER: GUN CONTROL CAUSED THE HOLOCAUST. As of this writing, that headline, or a similar variant thereof, is mentioned on the internet over 500,000 times….But none of these ‘journalists’ checked to see if that is what I actually said,” Wurzelbacher continued.

To be fair to Wurzelbacher, that’s not what he said.  His overall point was simply that without the 2nd Amendment, America would be more susceptible to tyranny and oppression.

But, to explore this topic further, is it true that gun control helped pave the way for the rise of the Nazi regime? 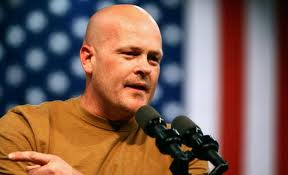 The answer is a resounding ‘yes.’  As Research Director of the Independence Institute David Kopel pointed out in his National Review article, “Hitler’s Control: The Lessons of Nazi History,” gun control was a major reason why Hitler was able to inflict the amount of damage that he did.

As Kopel wrote, “Simply put, if not for gun control, Hitler would not have been able to murder 21 million people.”

Journalists and media organizations who criticize Wurzelbacher’s ad should read Kopel’s article.  It ends with a striking comment from an Auschwitz survivor, Menashe Lorinczi.

When asked why the Jews had not fought back en masse against the Germans, Lorinczi said “I tell people it doesn’t matter whether you’re Hungarian, Polish, Jewish, or German: If you don’t have a gun, you have nothing.”

Words to live by.

What are your thoughts about Wurzelbacher’s ad and the subsequent criticism in garnered?