California Assemblyman Anthony Portantino lead the gun control charge with a 4-2 vote on the Senate Public Safety Committee’s AB 1527, which will outlaw openly carried unloaded long guns. This law, which was unsurprisingly backed by the California Police Chiefs Association, aims to remove guns in the name of public safety.

Violators will be subject to up to one year in a county jail and up to a $1,000 fine. There are a number of exemptions, however, such as using long guns in public hunting and transporting them.

Portantino said, “Last year, we tried to craft a narrow bill to close a loophole in the hopes that gun enthusiasts would support ending this dangerous practice.” Yeah, gun owners, cut it out! What’s wrong with you? Don’t you realize that other people don’t like it when you exercise your Second Amendment right? 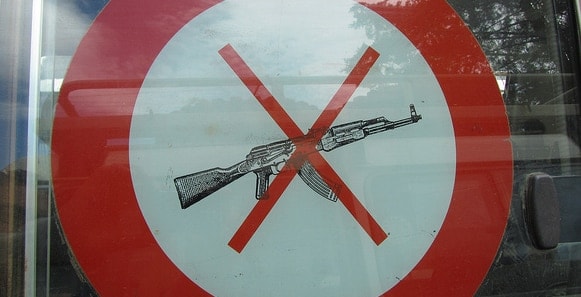 Evidently, Californians weren’t just willing to roll over and take it. As Portantino explains, “Unfortunately, the ‘open carry’ folks reacted by carrying rifles and other long guns, alarming the public and creating a potentially dangerous situation. As law enforcement officials tell us, it not only creates a tense situation, but wastes time and money when police have to roll out and respond to these unnecessary calls.”