Ammo Land reports that the Shooting Hunting and Outdor Trade Show (SHOT – how clever) has been listed by an industry trade publication as one of the top 25 trade shows with the fastest-growing attendance.

The Trade Show News Network places SHOT in such esteemed company as the Consumer Electronics show and the JCK Las Vegas show, which covers jewelry. Of course, considering the recent wave in gun love that has swept over the country, it’s really no surprise that this is translating into more gun trade show attendance.

SHOT is owned by the National Shooting Sports Foundation and is managed by Reed Exhibitions, who’ve been running the show since 1979. The NSSF senior vice president and marketing officer, Chris Dolnack, beamed about the success of the show: “We are thrilled that our industry’s trade show, the SHOT Show, continues to grow and be recognized with the best and fastest-growing shows in North America. This honor is shared by all the talented people who work on the show, and it arrives as the SHOT Show heads into its milestone thirty-fifth anniversary event in January.” 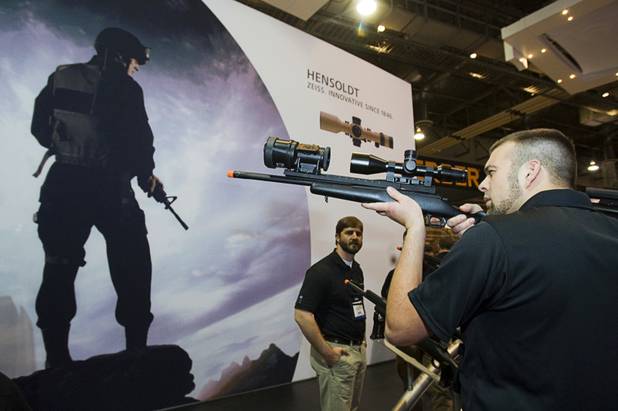 Dolnack isn’t the only one excited for the show’s success. SHOT will also be honored at the 3rd Annual Trade Show News Network Awards: Celebrating Trade Show Excellence in early July.

SHOT unfortunately did not place in the other category, which tracks the fastest-growing shows by square footage. Though, considering the fact that guns only take up a few feet of space at most and the shows who won in that category include Farmfest, Superzoo, and The Great American Trucking Show, that’s not really surprising.