Man Farts Near Gun Owner's Home, Gets a Gun Pointed at Him

North Jersey reports that a 72-year-old man is accused of threatening his neighbor with a .32-caliber revolver after he heard the neighbor cut the cheese.

According to reports, Daniel Collins Jr. was sitting in his apartment when his neighbor, a 47-year-old man, walked by Collins’ apartment and farted. Collins allegedly responded by pointing a revolver at the neighbor and saying, “I’m going to put a hole in your head.” Yeesh. We’ve been told to mind our manners when we accidentally let one slide, but this is taking it a little too far. 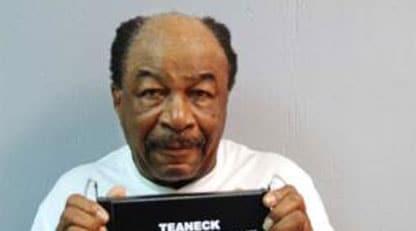 The neighbor called police, who found the revolver under the passenger seat of Collins’ vehicle. Collins has been slapped with aggravated assault, unlawful possession of a firearm, possession of a weapon for an unlawful purpose, and terroristic threats. Detective Lt. Andrew McGurr added that Collins was released on his own recognizance.

Pointing a gun at a neighbor who toots might seem like a perfect example of overreacting, but it appears that the malodorous gas was simply the straw that broke the camel’s back. McGurr reported that the two men have had an ongoing feud over noise complaints.

It is currently unclear whether or not the noise complaint was from frequent farting.