CCI recently introduced a new .22 Long Rifle cartridge with one very uncommon feature: it’s quiet. Called Quiet-22 the rimfire rounds are designed to deliver just 68 decibels to the ear of the shooter—about the same volume of a conversation.

The ammunition gives up velocity in order to make less noise than a hearty laugh or a big sneeze, but it’s not something you’d shrug off, either. Quiet-22 still pushes a 40-grain bullet past 700 feet per second. 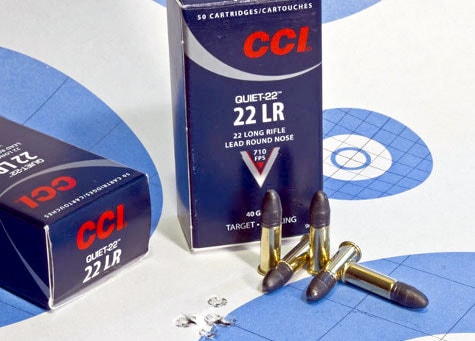 Having ammo that you can suppress into oblivion is one facet of CCI’s Quiet-22, but it’s really for shooting in places where while legal to shoot, noise is still a concern. Another advantage is at that volume, ear protection becomes optional. This is ammo you can take with you camping and invite your friends to shoot without worrying about having enough ears to go around. 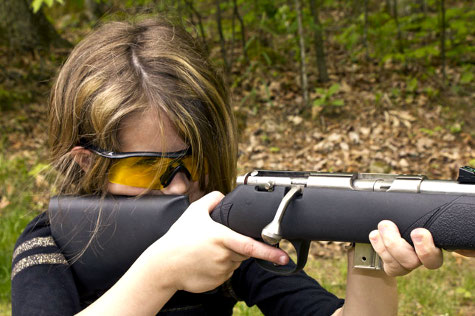 Another great use for this type of ammo is practice. It’s extremely-low recoil, and quiet to the point where you can give it to a new shooter and know they probably won’t develop a flinch using it. This is especially true for noise-averse shooters like kids.

Being as low-recoil as it is, the stuff is not guaranteed to cycle semi-automatic firearms. Quiet-22 is definitely for manually-operated guns, like lever-guns, pump- and bolt-action rifles, and revolvers.

Also, it uses plain round-nosed lead bullets, which means if you do plan to hunt game with it, you’ll be hunting the very smallest. But at least you know you won’t scare anything off; if you miss, you’ll probably have more opportunities for follow-up shots.

One nice thing about Quiet-22 ammo is that it’s inexpensive, about $2-3 per box of 50. So yes, it is more expensive than some other .22 Long Rifle ammunition, it’s still not anywhere near the price of other target/competition low-noise subsonic ammunition. It’s not target ammo (although it is plenty accurate, as most sub-sonic .22 tends to be), it’s for fun ammo, something we can definitely get behind.

If you’re looking for a really pleasant way to introduce someone to shooting, or just want ammo for plinking that won’t sound any alarms, check out CCI’s Quiet-22. Very interesting stuff.