Last week, Fortune Magazine published a 7,000-plus word article that claimed contrary to popular belief the Bureau of Alcohol, Tobacco, Firearms and Explosives did not intentionally allow guns to ‘walk’ across the U.S.-Mexico border and fall into the hands of known Mexican drug cartels during the fatally flawed Operation Fast and Furious.

Published one day prior to the House’s contempt-of-Congress hearing for Attorney General Eric Holder (a coincidence?), the Fortune report was the product of a six-month long investigation where journalists from the magazine interviewed dozens of key witnesses and pored over 2,000 confidential ATF documents related to the operation.

Five law-enforcement agents directly involved in Fast and Furious told Fortune that the ATF had no such [gunwalking] tactic. “They insist they never purposefully allowed guns to be illegally trafficked. Just the opposite: They say they seized weapons whenever they could but were hamstrung by prosecutors and weak laws, which stymied them at every turn.”

Does this argument sound familiar?  Wondering where you’ve heard it before?

It’s the brainchild the two men who oversaw Fast and Furious, Bill Newell, the former ATF Special Agent in Charge of the Phoenix Field Division and David Voth, Supervisor of Phoenix Group VII.

Knowing their clients were on the hot seat for their involvement in the Phoenix-based operation, attorneys for Newell and Voth sent letters to congressional investigators making the same specious argument back in March.

“According to the prosecutor, the agents lacked sufficient evidence that the firearms were illegally purchased, and it would have been unlawful for the agents to seize them,” attorney Joshua Levy said in a letter on Voth’s behalf to Rep. Darrell Issa, R-Calif., and Sen. Charles Grassley, R-Iowa. “Under those circumstances, non-interdiction by the agents is not gunwalking.” 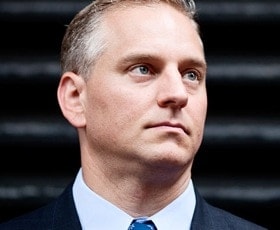 Voth was the chief source for the Fortune report.  Therefore, it should come as no surprise that journalists for the magazine hewed the story to his account of the situation.  That being said, does he have a point?  Is there real legitimacy to the Fortune report?

Clearly, the House Oversight Committee doesn’t believe so.  Rebecca Watkins, the committee’s spokesperson called the story “a fantasy made up almost entirely from the accounts of individuals involved in the reckless tactics that took place in Operation Fast and Furious.”

“It contains factual errors — including the false statement that Chairman Issa has called for Attorney General Holder’s resignation — and multiple distortions,” Watkins said Wednesday afternoon. “It also hides critical information from readers — including a report in the Wall Street Journal — indicating that its primary sources may be facing criminal charges.”

Exactly.  Those primary sources – Voth and Newell – are in hot water.  Of course they’re going to skirt responsibility and deflect blame.  But if that rationale isn’t convincing enough, one should consider the following facts:

At a House Oversight and Government Reform Committee on June 14, 2011, ATF insiders made the following statements:

“Although my instincts made me want to intervene and interdict these weapons, my supervisors directed me and my colleagues not to make any stop or arrest, but rather, to keep the straw purchaser under surveillance while allowing the guns to walk.” –John Dodson

(Note: there’s been an ongoing attempt by the ATF to portray Agent Dodson as a “rogue” operative, someone whose testimony is unreliable.)

“Suspected straw purchasers were identified, again with no obvious attempts to interdict the weapons or interview suspects.” –Olindo Casa

In an email dated April 13, 2010, Voth wrote the following to a concerned gun shop owner:

“I understand that the frequency with which some individuals under investigation by our office have been purchasing firearms from your business has caused concerns for you. … However, if it helps put you at ease we (ATF) are continually monitoring these suspects using a variety of investigative techniques which I cannot go into (in) detail.”

In other words, Voth was telling gun dealers to continue to sell weapons to known straw purchasers.  However, he never followed through with the surveillance (see below).

Court sealed wiretap applications for Fast and Furious paint a very clear picture with respect to gunwalking, according to Darrell Issa (R-CA), the Chairman of the House Oversight committee. 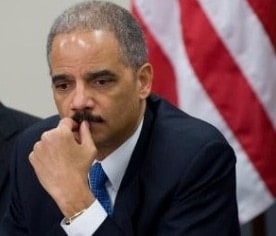 “Contrary to the Attorney General’s statements, the enclosed wiretap affidavit contains clear information that agents were willfully allowing known straw buyers to acquire firearms for drug cartels and failing to interdict them-in some cases even allowing them to walk to Mexico. In particular, the affidavit explicitly describes the most controversial tactic of all: abandoning surveillance of known straw purchasers, resulting in the failure to interdict firearms,” said Issa.

One specific wiretap application disclosed that one of the Fast and Furious suspects had purchased close to 1,000 firearms.  This individual was not arrested, despite the fact that his weapons were being recovered in Mexico, in the hands of drug cartel operatives.  Two of his guns would eventually be found at the murder scene of Border Patrol Agent Brain Terry.

Department officials to act” back in March of 2010, Issa said in a letter detailing some of the wiretap affidavit contents. “Target 1’s activities should have provoked an immediate response by the (Justice Department) Criminal Division to shut him and his network down.”

Voth’s whole argument (and the Fortune article) hinges on the notion that his hands were tied because prosecutors said the ATF lacked probable cause to interdict because of Arizona’s lax gun laws.  Last year, in an interview, he explicitly shoveled the blame on the U.S. Attorney’s office – which would then pass the buck to AZ gun laws. 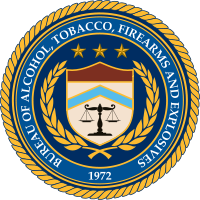 “I don’t think that agents in Fast and Furious were forgoing taking action when probable cause existed,” he said. “If the U.S. Attorney’s Office says we don’t have probable cause, I think that puts us in a tricky situation to take action.”

Yet, it’s clear based on those wiretap applications that agents had more than enough PC to apprehend Target 1.  That’s not a biased assessment, but a conclusion that former head of the ATF Kenneth Melson reached upon reviewing those wiretap apps.

Melson told Congressional investigators on July 4, 2011 that it was “apparent to me that [ATF agents] were suggesting that there was probable cause to believe that this information-that these straw purchasers were taking guns across the border.”

In other words, probable cause was there.  But Voth, his team and the Justice Department failed to act in what was a clear case of gunrunning, especially with respect to Target 1.  They can continue to try to blame this on the relative strictness of Arizona gun laws, but the facts suggest it was either by intent or incompetence that more than 2,000 firearms crossed the border.