New York courts have decided that police will not be protected against drunkenly shooting citizens, the NY Post reports. Suddenly, the NYPD will need to cancel all of its kegger-patrol parties. 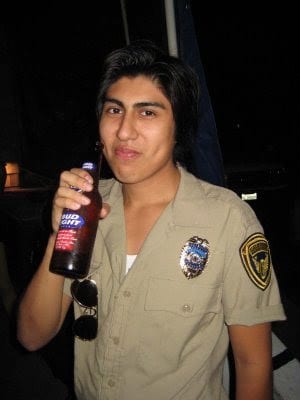 Right now, a regulation requires all cops who open fire on a suspect to complete a breathalyzer tests. It’s sounds to us like a fairly reasonable requirement. If cops are going to be driving around town and pointing guns at American citizens, then they shouldn’t be under the influence.

The law was created after four police officers shot and killed Sean Bell in 2006. It’s been a hard six years of on-the-job sobriety for the NYPD, but police advocates were hoping to change all that.

Three separate police unions made arguments in court that the rule was unconstitutional, but Manhattan federal Judge George Daniels was having none of it. He made sure that police will have to get a dose of their own medicine, so to speak, by proving via breathalyzer that it was their own judgment and not a rum and coke that pulled the trigger.

Daniels wrote in his decision, “Armed police officers are given awesome power. The NYPD has a substantial interest in ensuring that its officers — especially its armed officers — are fit for duty.”