Business Insider reports that a judge from the U.S. Court of Appeals for the 11th Circuit quoted Jim Croce and warned, “Don’t let a pistol-packing mother catch you naked in her daughter’s closet.”

According to JD Journal, it started when Larry Bulter, a 19-year-old, went to the house of Dorethea Collier, a corrections officer at Eagle Academy. Of course, Butler wasn’t there to see the woman – he was there to see her daughter. The judgment described the events, “he and she consented to watch television for a while. Then they consented to do what young couples alone in a house have been consenting to do since the memory of man (and woman) runneth not to the contrary.” 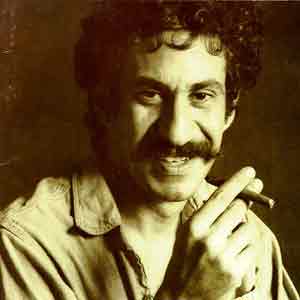 And that’s when the mother of the blushing daughter showed up. Collier discovered Butler in her daughter’s closet, punched him, slapped him in cuffs, and then held him at gun point. She also called a supervisor at Eagle Academy and asked if she could charge the teen with anything that would stick.

She eventually let the boy get dressed and leave – all while keeping the gun trained on him.

Evidently unhappy about having a gun shoved in his face, Butler reported the incident to law enforcement and filed lawsuit claiming that the use of “plainly excessive and disproportionate force on Butler to effect an unlawful and unreasonable search and seizure.”

The court dismissed the case, which got appealed to the aforementioned 11th Circuit Court of Appeals where Judge Carnes agreed with the lower court’s decision. The judge wrote, “When Collier punched Butler, she was acting as an enraged parent; she was not purporting to exercise her official authority to subdue a criminal for purposes of an arrest.”

The judge also quoted a famous songwriter, “In one of his ballads, Jim Croce warned that there are four things that you just don’t do: You don’t tug on Superman’s cape/You don’t spit into the wind/You don’t pull the mask off that old Lone Ranger/And you don’t mess around with Jim. He could have added a fifth warning to that list: And you don’t let a pistol-packing mother catch you naked in her daughter’s closet.”