Following in the footsteps of her preliminary injunction issued last September, U.S. District Judge Marcia Cooke doubled down on her ruling that Florida’s ‘Guns and Doctors’ law (aka Doc v. Glocks), which banned doctors from discussing firearms and gun ownership with their patients, was unconstitutionally vague and should, therefore, not be enforced.

Siding with a group of physicians who challenged the legislation, officially known as The Firearm Owners’ Privacy Act, Judge Cooke explained that the ruling violated the First Amendment rights of doctors, noting that the law’s privacy provisions “fail to provide any standards for practitioners to follow.” 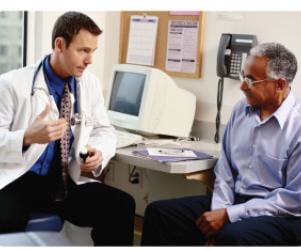 “What is curious about this law — and what makes it different from so many other laws involving practitioners’ speech — is that it aims to restrict a practitioner’s ability to provide truthful, non-misleading information to a patient, whether relevant or not at the time of the consult with the patient,” Cooke wrote, citing the benefit of such “preventive medicine.”

“The state asserts that it has an interest in protecting the exercise of the fundamental right to keep and bear arms,” Cooke opined in another section about the Second Amendment issue. “I do not disagree that the government has such an interest in protecting its citizens’ fundamental rights. The Firearm Owners’ Privacy Act, however, simply does not interfere with the right to keep and bear arms.”

The law was passed by the state Senate 27-10, and took effect in June of last year.  It was conceived after reports surfaced that physicians were discriminating against patients when they refused to answer questions about guns.  The most notable case was the “Ocala incident,” where a young mother was allegedly dropped by her doctor’s practice for not disclosing information related to gun ownership.

Judge Cooke summarily dismissed those reports as “anecdotal,” arguing that the law was essentially based on unfounded conjecture.

The Florida Pediatric Society and Florida Academy of Family Physicians, two of the main plaintiffs in the case, lauded Cooke’s decision.

“I’m ecstatic our challenge was successful,” Dr. Bernd Wollschlaeger, a member of the Florida Academy of Family Physicians, told the Seattle Times. 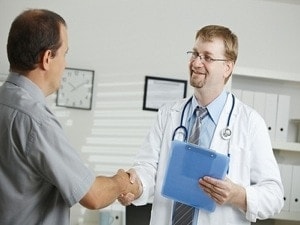 “We’re acting out of common sense, and this is a common sense issue,” said Wollschlaeger, a past president of the Dade County Medical Association, added. “My fear is the state will appeal and keeping wasting money to fight windmills. This is an ideologically driven, politically motivated vendetta by the NRA that has to stop.”

Also waving the victory flag was the Brady Campaign to Prevent Gun Violence, who assisted the doctors in their legal battle.

“Guns in the home are a proven deadly risk,” Brady Campaign President Dan Gross said in a written statement. “Guns kill eight children every day. The government cannot tell us or our doctors that we are prohibited from discussing the deadly risks posed by guns.”

Those who support the law say the battle is not over.  While it’s not clear whether the Department of Health will appeal the decision, state House Rep. Jason Brodeur (R-Sanford) contends that an appeal is likely.

“I expect the ruling to be appealed to the 11th Circuit (Court of Appeals in Atlanta),” Brodeur told the News Service of Florida. “But that will depend on the wording of the ruling. I haven’t read it yet so we’ll have to see.”

While I support the NRA, I’m not a big fan of The Firearm Owners’ Privacy Act.  Like with everything else in life, one has to pick and choose his/her battles.  This is one battle that isn’t worth fighting.  In my humble opinion, the gun lobby should save its money and resources for something critically important, like legalizing concealed carry in Los Angeles, NYC, D.C. and Illinois.

As for the Brady Campaign’s comments, well, I suppose that’s par for the course.

Am I wrong about this?  Do you believe The Firearm Owner’s Privacy Act is worth fighting for?