Apex Tactical is about to release a trigger kit for the new M&P Shield. The Shield is Smith & Wesson’s newest pistol for concealed-carry, chambered in 9mm and .40 S&W. Capitalizing on the massive popularity of Smith & Wesson’s M&P duty and competition handguns, the compact Shield has quickly developed a following and a fast-growing aftermarket.

The one major complaint about the M&P series is that they have a less-than-stellar factory trigger. It is long, heavy, gritty and has a soft, indistinct reset. Apex Tactical has famously addressed this one weakness with a handful of drop-in parts that make M&Ps feel much more like a cocked single-action trigger and has been universally-received by M&P owners everywhere. 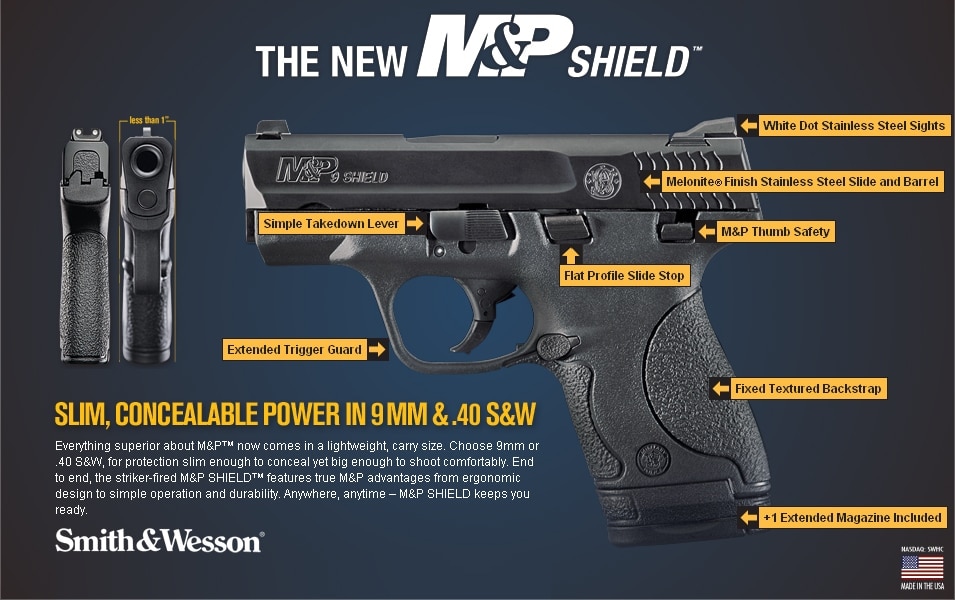 Smith & Wesson has made a few changes to more recent-production M&P pistols that incorporate some of the fixes of Apex Tactical’s drop-in trigger kits, starting with the new Shield, although there is still a great deal of demand for Apex trigger kits for the M&P Shield.

Apex Tactical did not offer a trigger kit for the Shield, due to changes in the design. They have since redesigned their Fully Machined Sear, Ultimate Striker Block and Shield-specific spring kit to fit inside the slender new pistol, and they’re calling it the Shield Carry Kit (SCK). They will be selling them starting July 12th later this week.

“We had our first look at the Shield in St. Louis, Mo. during the NRA Show,” said Randy Lee, President of Apex. “The Shield fits the need for a slim personal defense pistol that’s always at the ready, and our new SCK makes this great little carry piece a much more shoot-able carry option.”

The SCK is designed to make the trigger pull smoothly and break around 5-5.5 pounds. It also reduces takeup, overtravel, and shortens the reset. It’s a drop-in trigger kit that requires no modification the the handgun for installation. The trigger pull is light but not inappropriate for concealed-carry.

The best news about the SCK is it’s very reasonable price at just $90. The Shield isn’t a particularly expensive single-stack handgun, and the SCK is priced accordingly. This neatly rounds out the Shield and makes it a very attractive package for concealed-carry.

If you’re interested in picking up an SCK trigger kit for your Shield, head over to the Apex Tactical website this Thusday and their YouTube channel for installation instructions.