U.N. Could Vote on Arms Trade Treaty by End of Month

This month, from July 2-27, countries from all over the world are gathered in New York City to negotiate a United Nation Arms Trade Treaty (ATT), which seeks to establish “common international standards for the import, export and transfer of conventional arms.”

In the gun community there has been much speculation about what a finalized ATT might look like and how it will impact law-abiding gun owners since the Obama Administration announced that it would not oppose international arms trade talks in 2009 (President George W. Bush had given the ATT a cold shoulder when it was first proposed in 2006).

To silence critics who argue that the ATT is tantamount to global gun control, and perhaps assuage the anxieties of skeptical gun owners, the U.N. stated the following on its website: 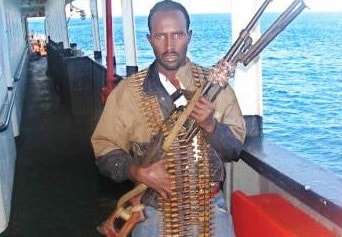 The ATT will not:

•    Ban, or prohibit the export of, any type of weapons

•    Lower arms regulation standards in countries where these are already at a high level.

An Arms Trade Treaty will aim to create a level playing field for international arms transfers by requiring all States to abide by a set of standards for transfer controls, which will ultimately benefit the safety and security of people everywhere in the world.

Proponents of the ATT back this disclaimer, but also contend that for it to be effective it must (a) require governments to strictly regulate the sale and transfer of all arms, from munitions to tanks (b) compel nations to publicly report on all authorizations and deliveries and (c) hold nations accountable that fail to comply with treaty obligations.

Also, pro-treaty representatives say that it’s really a matter of bringing weapons and arms in line with standards set for every other good that is traded and sold from nation to nation.

“It is an absurd and deadly reality that there are currently global rules governing the trade of fruit and dinosaur bones, but not ones for the trade of guns and tanks,” said Jeff Abramson, the Director of the Control Arms Secretariat. 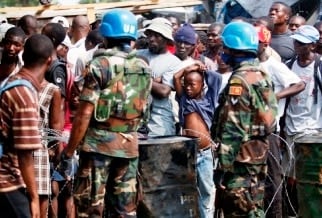 “Advocates from around the world are speaking out to the media and campaigning for governments and ministers to negotiate an Arms Trade Treaty that will save lives with both strong policies and direct impact on the ground,” Abramson added.

In theory, an intelligently written ATT could have a positive effect if all nations were eager and willing to cooperate.  But in reality, one can’t help but to be pessimistic about the ATT’s capacity to effect real change in the arms trade market.

Failed states with dictators and despots have never played by the rules, to think that a “robust arms trade treaty” could really make a difference for “millions of people confronted with insecurity, deprivation and fear” may be the height of naiveté.

Nevertheless, the U.N. will likely vote on a final draft at the end of the month.  Will the U.N. honor its word and create a treaty that preserves the rights of law-abiding gun owners around the world?

Based on earlier negotiations, that remains to be seen.  But one thing is for sure, the gun community along with the gun lobbies and 57 senators, who’ve pledged to prevent the U.S. from adopting a U.N. ratified treaty if it infringes on our 2nd Amendment, will be watching very closely.