Earlier this month, the two journalists who blew the lid off of Operation Fast and Furious back in December 2010, Mike Vanderboegh and David Codrea, filed a formal ethics complaint against Attorney General Eric Holder with the Office of Bar Counsel, Board on Professional Responsibility of the District of Columbia Court of Appeals.

The complaint accuses Holder of committing “professional misconduct” when he refused to turn over subpoenaed DOJ documents during the congressional probe into the fatally flawed gunrunning operation.

“While District of Columbia courts have not (yet) been involved, there is no question that the Congress has found the Attorney General guilty of contempt under conditions that rise to your definition of ‘serious crime’,” the letter reminds the board. “It would also appear that Attorney General Holder is required to report the contempt finding to you within the ten day requirement, and that the Bar ‘shall’ investigate this matter.” 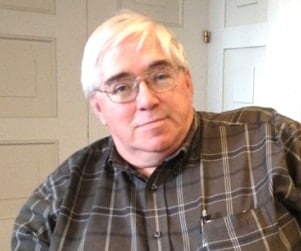 The beauty of this complaint is that it puts public pressure on the D.C. Bar to live up to its own rules and procedures as well as its professional standards.  In other words, the D.C. Bar cannot give Holder a pass without looking hypocritical and taking immense heat for it.

“Eric Holder believes that he will escape serious consequences of the congressional investigations of the Fast and Furious scandal simply by running out the clock on his tenure,” Vanderboegh noted in his report. “We intend this ethics complaint to place him on notice that his lies and malfeasances will follow him until justice is done.”

Okay, so what happens now?

The Daily Caller spoke with Wallace “Gene” Shipp in the Office of the Bar Counsel.  While he couldn’t confirm or deny the receipt of Vanderboegh and Codrea’s compliant, he did discuss how his office – which “investigates and prosecutes attorney misconduct for the 97,000 members of the DC Bar” — handles such matters.

“If a complaint comes in the front door, we read it [and] then assess whether the facts set out in it could be a violation of the rules of professional conduct,” Shipp said in a phone interview with the D.C. “If there’s something to them and there could be a violation, then we’ll open a confidential investigation. That investigation would then be conducted by someone in this office. We get about 1,500 of these a year.”

“We also read the newspapers and we also read all the court opinions and we read all the blogs we can and all sorts of stuff like that and we do not have to have a complaint to undertake an investigation,” Shipp continued. 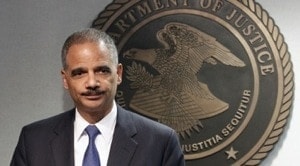 “We can open one based on our observation of something that interests us. Then, once the investigation is concluded, we conclude the investigation by dismissing it … or to informally admonish or to bring charges against an attorney. Informal admonishing or bringing charges against an attorney are public – and, at that point, the matter would be public if it ever reached that stage.”

“We prosecute around 50 lawyers a year, and we do formal investigations into about 500 cases,” Shipp added.

Should the D.C. Bar investigate Holder to see if he violated his code of ethics?  Arizona Republican Rep. Ben Quayle thinks so.

What are your thoughts?  Do you agree with Rep. Quayle?

Do you believe the D.C. Bar has the stones to launch such an investigation against the Chief Law Enforcement Officer?

One thing is for sure, however this turns out, we have to applaud Mr. Vanderboegh and Mr. Codrea for their continued efforts to see that Holder is held accountable for his role in Fast and Furious.