Politicians are always looking for ways to take illegal guns off the street.  Typically, they propose initiatives that call for tougher gun laws, which, in the end, only punish law-abiding gun owners.

For example, think of Bloomberg’s draconian gun laws in NYC, where concealed carry is effectively banned for the average citizen, yet criminal shootings are on the rise.  Regardless of one’s politics, one has to seriously question the efficacy of such measures. 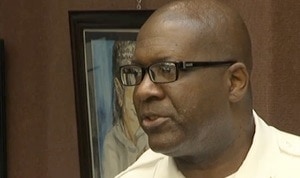 The Mayor of Harrisburg, PA, adopted a different solution to illegal guns, a ‘Cash for Tips’ program.  The good news is that the program is not a form of gun control.  The bad news, since its inception three months ago, Police have only recovered one or two illegal guns.

Essentially the program works in the following way, if a citizen has information about an illegal gun, he/she can call a police hotline number and pass along the intel.

Payment is remitted in the form of a Metro Bank Cash Card.

Police Chief Pierre Ritter is disappointed by the program’s slow start, but remains optimistic that ‘Cash for Tips’ has legs.

“We still have a long way to go,” he told local reporters at a recent press conference. “We have to get the community more involved.”

Also helping to boost morale is the announcement that an anonymous donor gave the program $10,000.  Authorities hope this injection of cash helps to remind citizens that there’s real money to be made in fighting crime.

For those that live in the area, the hotline number is 717-255-3039. To earn the reward, one must leave his/her name and a contact number, both of which will remain confidential.  One can also pass along information to any Harrisburg police station or tell on officer on the street.

Will this program have any long-term success?

Probably not.  But truth be told, as long as the program is funded with private donations instead of taxpayer dollars, then I don’t see a problem with it, regardless of its success.