Sea Coast Online reports that a federal appeals court has upheld a ruling that effectively said, “No, you can’t try to place blame on a firearm owner, even if his gun was stolen and used to commit a serious crime.” 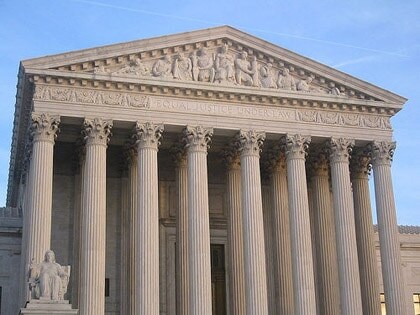 Tragically, Michael Woodbury of New Hampshire stole a gun from his grandfather and used it to kill three people in a robbery-gone-wrong at a New Hampshire Army surplus store. Woodbury was caught and went on trial, but that wasn’t enough for some relatives of the victims. Gail Jones, a mother of one of the people killed in the shooting, claimed that Woodbury’s grandfather is partially responsible for the crime, too.

Jones filed a lawsuit against the grandfather, Lawrence Secord, arguing that Secord failed to properly secure his handgun and allowed Woodbury to steal the firearm.

The court rules that Jones was not able to demonstrate that Secord was negligent, and the appeals court agreed. They cited the New Hampshire Supreme Court, which recognized that people typically cannot be held responsible for criminal acts of third parties.

It makes sense – if somebody mugs you on the street and uses the cash in your wallet to score drugs, should you get arrested for purchasing a controlled substance? If somebody steals your car, should you get hit with a speeding ticket?