Daily Mail reports that a picture of a busty gal in a night club wearing a few scraps of clothing, a sheriff’s badge, and holding a pistol in each hand is reigniting debate about the abuse of Los Angeles Sheriff badges.

This is a scene that might look right at home on your typical cop drama with a gorgeous cop who’s ready to take names, solve crime, and look absolutely fabulous while doing it. She doesn’t need some tough male partner to watch her back – she’s got more than enough guts to catch those bad guys all on her own!

Well, this isn’t a new Fox dramedy, it’s real life. The woman in the picture was wearing a badge that was given to Councilman Osvaldo Conde, one of three politicians who are accused of accepting a total of $17,000 in bribes. So, the big question is: what on earth is this woman doing with it? 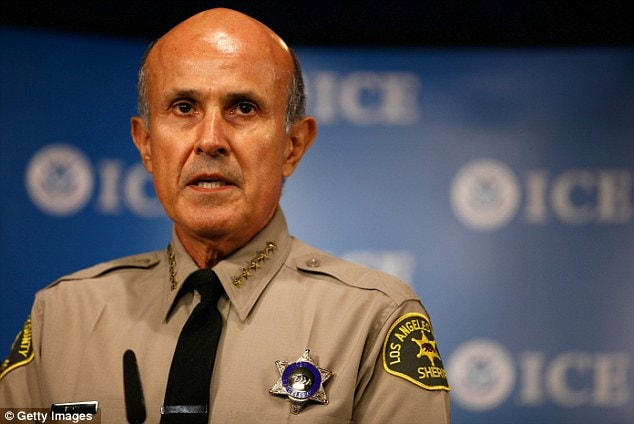 And just to be clear, these politicians have no credentials whatsoever to carry law enforcement badges. In theory, these badges are handed out so that civilians can pass through sheriff command posts during emergencies, but there’s speculation that they’re being used to reward political favors, skirt the law, or to get phone numbers off of drunk bar girls.

In the city’s defense, the badges do look slightly different from actual sheriff badges, as these read City Official Los Angeles County” instead of “deputy sheriff” – but honestly, who would know the difference?

In the wake of this scandal, Sheriff Lee Baca has decided to recall about 200 badges that have been handed out to politicians. On second thought, maybe giving politicians tools that they could use to fool the public and impersonate police officers might fall squarely into the “abuse of power” category.