American Tactical Imports (ATI) will soon be selling polymer lowers for AR-15-platform rifles. These lowers, made in Rochester, NY, will come in two styles, one complete lower, with a fire-control group (FCG) buffer, buffer tube and stock, and one stripped with no additional parts save for a pre-installed front takedown pin.

These are intended to be inexpensive options and have suggested retail prices of $130 for the complete upper and $50 for the stripped lower.

Called the Omni, the ATI lower is made from a reinforced polymer like most polymers used in the world of firearms, and is multi-caliber stamped. ATI says that the Omni has been tested with .22 Long Rifle, 5.56 NATO and .410 bore uppers, all of which ATI carries, and is not rated for higher calibers.

ATI has not released technical details about the Omni stripped and completed lowers, such as whether or not the FCG is also manufactured from polymer, as other polymer lowers have used in the past.

From the photos it’s obvious that the completed lower ships with a commercial CAR buffer tube and an M4-style grip and buttstock. Other information including weight will hopefully be forthcoming soon.

ATI is now the third company currently in the polymer lower receiver market, with GWACS Armory and New Frontier Armory their only competition. At $130 for the completed lower, it sits between New Frontier’s LW-15 and GWACS’ CAV-15 MKII in terms of price, which cost $110 and $270, respectively. 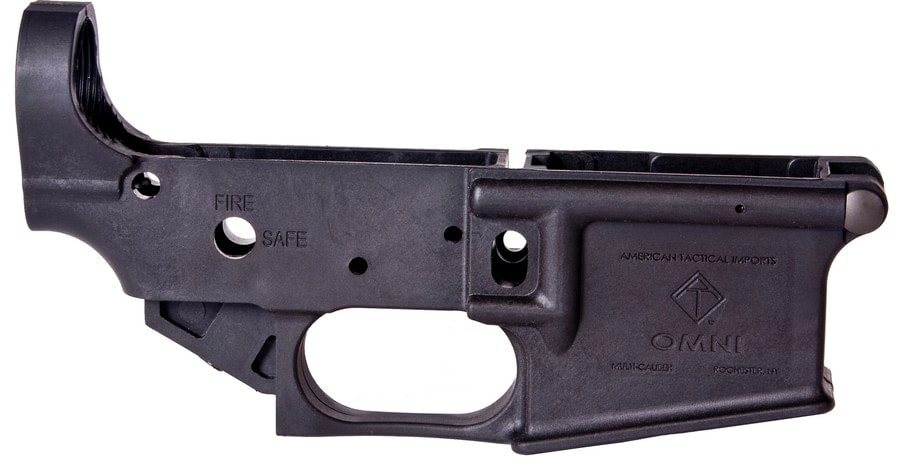 The polymer lower market is growing with more people accepting and endorsing the use of plastic for their rifle parts. AR-15 lowers are not particularly high-stress parts and after a teething period seem to have shed most if not all of their issues. Only time will tell if the Omni is on par with the established competition.

We also hope that the Omni sells for less than the MSRP, particularly the stripped lower. As it stands, several manufacturers sell mil-spec forged aluminum lowers for $50-70, giving consumers little reason to choose polymer over more proven materials besides the weight savings, durability potential and novelty.

That being said, competition is always good, and this may be the another good way to put together an AR on the cheap.