A few days ago, the Minneapolis Star Tribune published an article on the surge of concealed carry permits in the North Star state since lawmakers passed ‘Shall Issue’ legislation in 2003.  According to the article, there are now more than 100,000 CCW permit holders in Minnesota, which equates to about one in 40 adults.

While the article provides informative metrics on permit-holder demographics (“87 percent of Minnesota’s permit holders are men, and almost 70 percent are over 40, according to state data”) the underlying question it explores is, how has the burgeoning carry culture in Minnesota affected society, in particular crime rates? 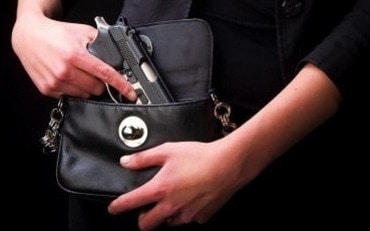 Author of the article, Larry Oakes, answered that question in the following way, “Minnesota’s shall-issue law was some of the most hotly debated legislation of its era, with supporters promising it would deter crime and detractors predicting a surge in needless bloodshed. Neither prediction has come to pass.”

Oakes arrived at his conclusion after speaking with a number of different sources, including the Commissioner of the Department of Public Safety, Mona Dohman, who said legal carrying has proved to be “neither the problem nor the solution” when it comes to crime.

“We have observed no apparent correlation between the number of permits to carry handguns and the level of criminal of activity,” Dohman said.

The numbers seem to substantiate Ms. Dohman’s assessment.  According to Powerline Blog.com, the violent crime rate per 100,000 population trended slightly upward for a few years following the passage of the ‘Shall Issue’ statute, reaching 312 per 100,000, but then fell by 24% between 2006 and 2010, mirroring the nationwide decrease in crime.

While it’s tempting to argue that the drop in crime rates in Minnesota is due to an increase in the number of CCW permit holders, it remains very difficult to prove empirically.  Nevertheless, what is clear is that the predictions of a “surge in needless bloodshed” by pro-gun control advocates were horribly wrong.

Another way to look at it is to ask the question, are CCW permit holders perpetrating more crimes than non-permit holders?

The answer, at least ostensibly, is no.

The Vice President of the Minnesota Gun Owners Civil Rights Alliance, Andrew Rothman, told the Star Tribune that permit holder commit “much less than their share of crime,” citing as an example that though “one in seven Minnesotans has a DWI on their record, only one in 545 of the state’s permit holders got one after getting a permit.”

In a previous Guns.com article, I came to a similar conclusion when examining crime stats in North Carolina (not just for DWIs/DUIs but for all crime).  I found that approximately 1% of CCW permit holders commit crimes, which is considerably lower than the national average for the general population 3.6%.

Regardless, the bottom line is the same: permit holders whether in Minnesota or in North Carolina do not make society more dangerous – if anything, they probably make it safer.

The real question then is, why are people so vehemently opposed to concealed carry?