John Richardson, a blogger for the pro-gun website, No Lawyers – Only Guns and Money, recently pointed out that the Bureau of Alcohol, Tobacco, Firearms and Explosives is using the Brady Campaign to Prevent Gun Violence’s misleading statistics in its ‘report gun crime’ public service announcements. 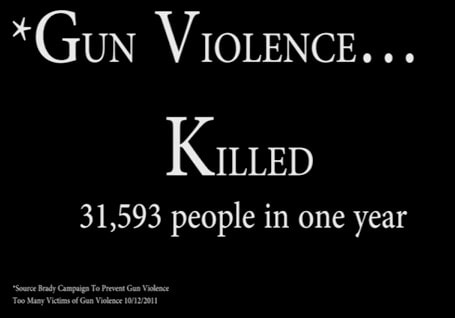 “Gun Violence Kills 87 People Every Day in the U.S.”

So, what’s the problem with these statistics?  Well, Mr. Richardson explained, poignantly:

These raw numbers come from the CDC’s WISQARS database for 2009. If you go deeper, you find that 59% of the deaths using a firearm are suicides. Only 36% are homicides or what the average person would call a result of violent crime.

Of the 87 people that “gun violence” kills per day, 56 are self-inflicted. Only an average of 31 per day nationwide (or a few weekends in Chicago) are the result of crime.

Looking at the “children” killed by “gun violence”, we find that 2,420 out of the 2,966 deaths are for those aged 16 or older. This would include self-inflicted deaths, gang violence, legal interventions by police, accidents, and murders. Given that a 16 year old can be tried as an adult in most states, I think that is a more appropriate age cut-off than those under age 20.

All of this raises a very interesting question, why would the ATF use the cooked statistics of an agenda-driven organization when accurate information is available from reliable government sources?

Given the controversy surrounding the ATF, the evidence showing the fatally flawed Operation Fast and Furious was used to push gun control on border states, one would think that the ATF would be extra judicious in which organizations it aligns itself with.

In other words, if the ATF is wants to earn the trust of gun owners, why would it publicly cite the Brady Campaign?  Why would it propagate buzz terms like “Gun Violence”?

On its website, the ATF claims to value the following:

We value our people and those we serve.

We value partnerships that promote the safety of our communities.

I’ll ask you, do the ATF’s PSAs live up to those values?  Are we, the pro-gun community, being overly petty with this compliant?  Should we give the ATF a ‘pass’ on this because its intentions are, seemingly, noble (to reduce gang violence)?