On February 19th, 1906, George Luger patented a battle rifle chambered in 7.92x57mm (8mm Mauser). Similar in function to the P08 Luger pistol, the Luger rifle is a toggle-locked recoil-operated semi-automatic rifle that has a very compact action and feeds from an internal magazine.

While the rifle never went into mass production, at least one prototype was made and lived to find its way to an auction house, which has found its way to the Internet thanks to the diligence of the Forgotten Weapons blog, dedicated to discovering the unusual in the world of firearms. 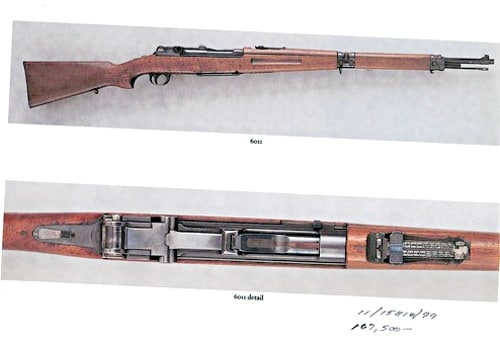 Interestingly enough, the rifle was patented not in Germany, but in England. It stands to reason that this rifle was intended for the international arms market, not just the Kaiserreichsheer.

Of course, it’s not a leap to assume cost was a major reason this rifle didn’t enter production. The Luger pistol was difficult to manufacture; arming a military with a rifle of a similar design would have been expensive and the idea of a semi-automatic rifle for infantry was very new. 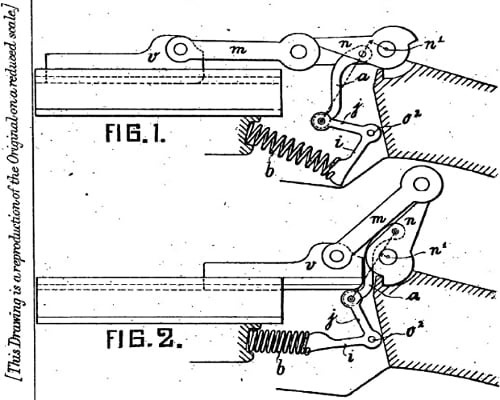 Also the mechanical complexity of such a design could easily lead to reliability issues, especially when run dirty, and also at a time when soldiers were not thought much of and weapons made as simple as possible to accommodate the most thick-headed of troop.

Luger’s rifle is not a small firearm. It weighs 9 pounds and sported a 27.5-inch barrel. Other technical details are few and far between. It’s strikingly similar to the Vickers-Pedersen Rifle, another toggle-lock design that was developed for the U.S. military, who in the ’30s was on the lookout for a battle rifle for our armies, eventually deciding on the M1 Garand. (The decision was largely due to U.S. stockpiles of .30-06 Springfield ammunition, not due to flaws in the toggle-lock rifle design.)

Still, as a support weapon or sniper rifle—the P08 is an extremely accurate pistol, and it stands to reason that Luger’s rifle design would not suffer in that arena—we can’t help but think that the Luger Rrifle could have changed history. Especially given the fact that it was decades ahead of its time.

If you would like to see the original patent, check them out over at The Firearm Blog.