Joe Mantegna Talks About Life as a TV Star

During a recent trip to the National Firearm Museum, actor Joe Mantegna spoke to the NRA Blog and shared a little bit about what it was like to make the transition to life as a television actor.

Gun owners are likely to recognize Mantegna from the Outdoor Channel’s Gun Stories, while people who have never picked up a gun probably know Mantegna as the motivated leader of a group of FBI agents on CBS’ Criminal Minds. In both shows, Mantegna carries around a gun, though the one he uses on Criminal Minds is obviously a replica.

Even though Mantegna spent the first 15 years of his career doing nothing but plays, he doesn’t see much of a difference between the various acting mediums. He said, “They say action and they say cut. I don’t act differently for a movie than I do for television.” 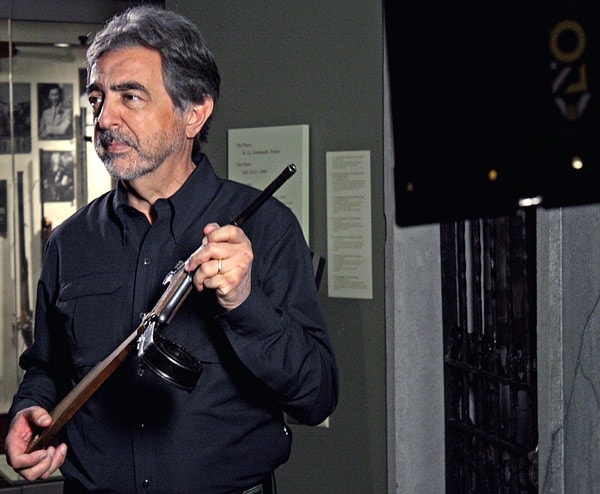 Another major draw to Criminal Minds was the excellent writing: “I looked at the episodes and was excited because it is a very well written. Nowadays we have better writers in television then at any other time in the business.”

Joe Mantegna really lucked out with his opportunity to host Gun Stories, as it combines his love of acting with his passion for guns. He said in an earlier interview, “This is a place (the National Firearms Museum) I’ve been wanting to go visit for the last twenty years. It exceeded all my expectations.”