Not too long ago The Firearms Blog found what appears to be news footage of a man being introduced to some of the Iraqi army snipers and their impressively large sniper rifles. After a tour of the rifle and its function, he takes one round, lights it off, and is instantly shrouded in dust from the gun’s sizable muzzle break.

It was assumed that the rifle in question was the infamous Steyr HS50 .50 BMG anti-personnel and anti-materiel rifle. Steyr faced international criticism for the sale of the rifles to the Iraqi military in 2006 on the basis that the rifles would find their way into insurgent hands and be used against friendly forces, which happened just 45 days after the rifles were exported to Iraq.

“Over the last six months American forces have found small caches of the £10,000 [$15,000] rifles but in the last 24 hours a raid in Baghdad brought the total to more than 100, US defence sources reported.”

But a closer investigation revealed several fundamental changes to the design that indicated a different manufacturer of the rifle than Steyr. Prominently, the barrel is a different profile and has no fluting. It also uses a different pistol grip. 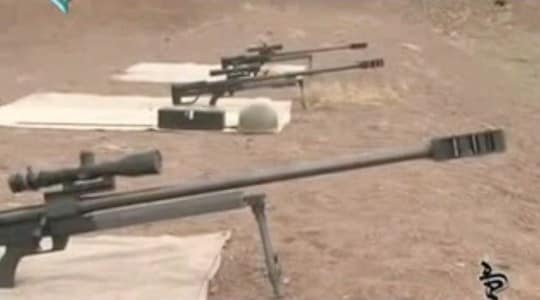 There are two possibilities, here. One, that Iraq is manufacturing their own rifles, or that they’ve somehow acquired a Fortmeier rifle, made in Germany by Heinrich Fortmeier, who licensed his design to Steyr for the HS50.

Iran has a history of cloning weapons. In fact, they’re pretty good at it. The Iranian Revolutionary Guard Infantry uses Iranian clones of the Chinese Norinco CQ rifle—which itself is a clone of the M16 with a few cosmetic changes—they even cloned F-5 fighter jets.

One reason to believe that they’re cloned Fortmeiers is the pistol grip—it’s the same as on the Iranian CQ rifle. Fortmeier uses standard M16 A2-style pistol grips. One reader submitted this photo of a .50 BMG rifle taken in Iraq that looks just like the rifle in the Iranian video. 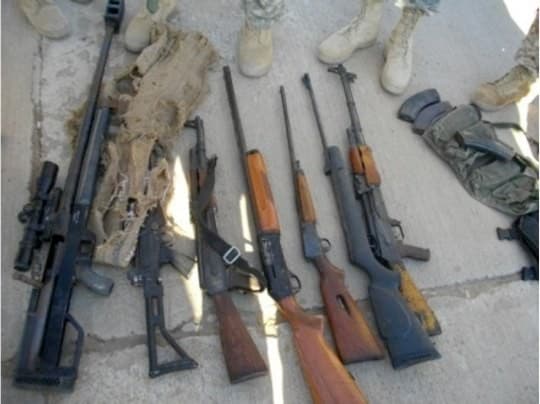 The truth is that manufacturing quality small arms isn’t all that hard to do anymore. Detailed plans that are ready to upload to your CNC milling machine are freely available online, and that reverse-engineering is something that manufacturers have been doing since the advent of manufacturing.

It’s even getting to the point where regular people can manufacture many gun parts at home, using rapid prototyping machines and small computer-controlled CNC milling machines. It’s only a matter of time for these technologies to expand to the point where entire firearms can be made at home.

Not that you need computers, the Internet and multi-axis milling machines to get the job done. Even in the tribal areas of Afghanistan, hand-made guns are being made with simple tools by gunsmiths who have had the trade passed down to them generationally. The copies are so perfect they even match the rollmarks of the originals.

Is Iraq making their own copies of (large) small arms? Yes, without a doubt. Can they make an extremely powerful anti-personnel and anti-materiel rifle that’s just as accurate and durable as the ones made by storied and top-tier manufacturers like Steyr? We wouldn’t be surprised.

In the end, these sorts of things makes us wonder, what, exactly, things like small-arms treaties hope to accomplish.