Get ready for our favorite story of the week: News4Jax reports that a senior citizen carrying a concealed firearm foiled a robbery by whipping out his gun and firing at the assailants.

Seventy-one-year-old Samuel Williams (the video incorrectly identifies him as 63) and his wife, along with 34 other patrons, were peacefully sitting in a Jacksonville, FL internet café. That’s when Duwayne Henderson, 19, and Davis Dawkins, also 19, charged into the café. Henderson brandished a handgun and Dawkins was carrying a bat, which he used to smash a $1,200 computer screen.

The robbery lasted for all about 10 seconds, because Williams, a concealed carry permit holder, wasn’t about to become another statistic. Williams pulled out his .380-caliber handgun, dropped to a semi-crouching position, and opened fire on the men. 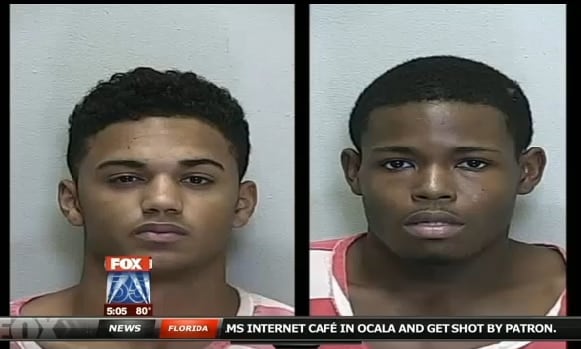 Taking this as a sign that – maybe, just maybe – this robbery wasn’t the best idea in the world, Henderson and Davis attempted to flee the scene. Williams pursued the pair, continuing to shoot at them. As near as we can tell, Williams fired approximately 3-6 shots.

So, how is the old-timer’s aim? Dead-on.

Both robbers were arrested at a hospital, where they were being treated with bullet wounds. They are being charged with attempted robbery.

Mary Beach, a customer at the café, said “I think he is wonderful. If [Williams] wouldn’t have been there, there could have been some innocent people shot.” District Attorney Bill Gladson agreed, “Based on what I have seen and what I know at this time, I don’t anticipate filing any charges.”

We at Guns.com agree, too! Without a doubt, Williams is an absolute hero. He stood up to defend himself, his wife, and complete strangers from these armed assailants. He remained cool as a cucumber throughout the conflict, and he had the presence of mind to lock the door afterwards.

And that’s not even the best part. There’s one important detail that some of you might have missed. At the 00:15 mark, you can spot a bystander in a white shirt cowering at the right of the screen. Henderson, the man with the gun, approached the bystander to get him or her to move. The presence of this civilian made Williams’ first shot much more difficult.

Williams didn’t come out guns blazing. He took the time to line up his shot at the bad guy – and not the civilian – to make sure that he didn’t accidentally hurt any innocents.