Last week, the Minnesota Supreme Court ruled that for one to be found guilty of possessing a firearm illegally, prosecutors must prove that the individual was aware that he/she was breaking the law. 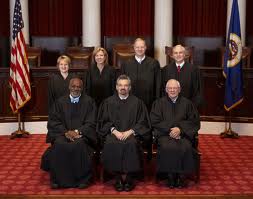 Ndikum told local authorities that he had no idea that the gun was in his briefcase; his wife testified that she put the gun in the bottom of briefcase while cleaning up his files the night before he walked into the courthouse.

But they didn’t buy it.  He was subsequently convicted of carrying a pistol in public without a permit and was put on probation for one year.

Not ready to give up the fight, prosecutors challenged the appeals court decision and brought the case to the state Supreme Court.

Prosecutors argued that the gun statute for possession of a pistol in pubic omits any knowledge requirement or mandate.  It simple reads a person “who carries, holds, or possesses a pistol … in a public place” without a concealed carry permit is guilty of a gross misdemeanor.

However, the state Supreme Court disagreed with prosecutors and upheld the appeals court ruling, concluding that “silence does not suggest that the Legislature intended to dispense with mens rea as an element of possession of a pistol in public,” in a unanimous opinion.

(In other words, just because the ‘knowledge’ component of the law wasn’t explicated when it was written and passed by the state Legislature, doesn’t mean it’s not applicable). 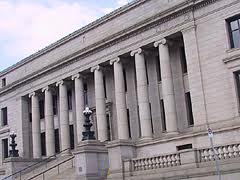 “Thus, to obtain a conviction the state was required to prove that Ndikum knew he possessed the pistol,” Associate Justice Helen Meyer wrote in the court’s decision.

“This case was going to mess with his law license, so it’s a big deal for him,” said Orth.

What’s the moral of this story?

Get your concealed carry license ASAP!  The majority of this mess could have been avoided had Mr. Ndikum held a valid CCW permit.

Now, to his credit he had planned on getting his CCW permit, but according to Orth, he missed a class due to complications with his wife’s pregnancy.

Is that excuse legitimate?  Sure.  But he did have the gun for a month and a half, enough time one would think to reschedule, take the class and file the requisite CCW paperwork.

Again, this is a “teachable moment.”  The lesson: one should make getting his/her CCW permit a priority if they plan to carry in public (even though one doesn’t need a CCW permit to carry a firearm back and forth from work in Minnesota).