The USNS Rappahannock opened fire on a civilian boat just a few miles off the coast of Dubai, CNN reports.

The Rappahannock, a fuel resupply ship, took precautionary measures to defend itself when a “small, white pleasure craft,” as US officials have described it, came too close for comfort. The Navy said in an official release that the crew of the Rappahannock followed protocol: “In accordance with Navy force protection procedures, the sailors on the USNS Rappahannock … used a series of nonlethal, preplanned responses to warn the vessel before resorting to lethal force.”

It’s tragic that they crew of the Rappahannock was forced to open fire on the vessel, but they did everything they could to warn them. They used verbal warnings first, and then they fired off at least one warning shot. When that didn’t work, the opened fire on the vessel with a .50-caliber machine gun in order to disable the boat. 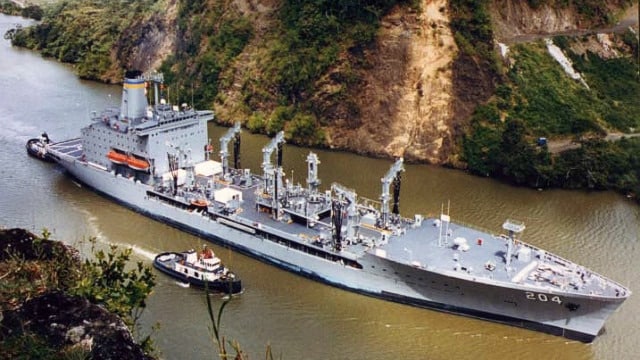 The boat contained Indian fisherman. One of them was killed, and another three were wounded. Authorities from the United Arab Emirates authorities are currently looking into the incident. Though, considering that this is standard operating procedure when a strange boat approaches a Navy vessel, and that the Navy did their best to warn the vessel, it doesn’t appear that this will cause diplomatic tensions.

We don’t want to belittle the death and injuries of the fisherman in any way — it’s truly tragic that it came to that. Still, after the bombing of the USS Cole sailors need to understand that approaching a military vessel unannounced is a very bad idea.