SF Gate reports that San Francisco’s only outdoor gun range, the Pacific Rod and Gun Club, has just been handed an eviction notice by the city. Unlike most gun control attempts in California, which generally stem from politics, this eviction is more about parking. 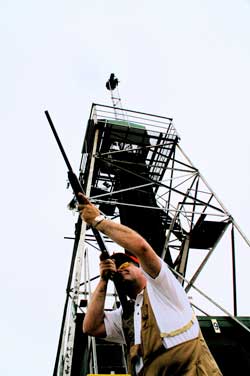 The gun club has a month-to-month agreement with the Public Utilities Commission (PUC) for $4,700 a month. By all accounts, that’s a pretty sweet deal. Well, the PUC decided to upgrade the deal to a much more modern contract, one that would require more liability insurance. It would force the club to give the city a 50/50 share of profits for subleases, as is standard for PUC leases.

Just last month, the gun club made a cool $50,000 for subbing out its land for the US Open golf tournament. Typically, half of that would go the city, but the loose terms of the monthly contract meant that all the profits went to the gun club.

The PUC has tried to negotiate a new contract with the 400-member club, but the two groups haven’t been able to see eye-to-eye. PUC spokesman Tyrone Jue said, “We’re not doing anything with the rod and gun club that we’d do differently with anyone else on our land,” but the club spokesman Fred Tautenhahn called the eviction notice a “power play.” Legitimate business dealings or unnecessary exploitation of city power? Hard to say, for sure – maybe a little bit of both.

The club will be out on the streets, so to speak, if they can’t find a new plot of land. Tautenhahn wasn’t happy about the political climate in the Golden State: “Whenever you mention anything about guns, you get a door slammed in your face.”