“The string of distortions, misrepresentations and outright lies spewed by the National Rifle Association today about the Arms Trade Treaty is simply breathtaking,” Akwei declared in an Amnesty International press release that was released one day after the NRA’s Executive Vice President Wayne LaPierre addressed the U.N.’s General Assembly. 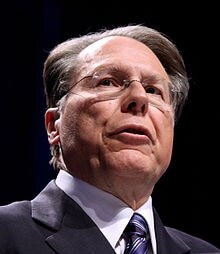 “Spreading misinformation may be a good tool for raising money and gaining converts. But these distortions only give credence to allegations that the NRA, by drawing a false connection between the arms trade treaty and the Second Amendment, has another more troubling motive – to protect the lucrative weapons industry that bankrolls the organization and benefits immensely from the current free-for-all in the global trade in weapons and ammunition,” he continued.

It appears that Akwei is referencing LaPierre’s speech in which he made it very clear that an ATT that infringes on the 2nd Amendment or attempts to regulate civilian arms would be unacceptable.

“That is the only solution.  On that there will be no compromise.  American gun owners will never surrender our Second Amendment freedom.  Period”.

Akwei went on to say that the ATT would have “no affect at all on the ability of Americans to own guns – for hunting, shooting or any other legal purpose.”  To back his claim, Akwei said the “facts are very straightforward” and that it is confirmed in “conference documents and speeches by UN and U.S. officials.” 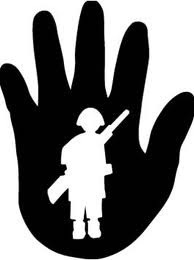 However, the truth is that the final draft of the ATT is not finished.  Therefore, any talk about what it will do or won’t do is pure conjecture.  There is no way to know the impact of the ATT until the final draft is penned (even then, there may be unseen ramifications).

Nevertheless, Akwei is convinced that it will save lives.

“Armed violence kills one person worldwide every minute,” he continued. “The gun lobby should at least acknowledge this chilling fact, even if it is not willing to acknowledge the true motives behind its opposition to a treaty that might actually be able to do something about it.”

Will the ATT really save lives?  Will it keep guns out of the hands of evildoers?

As Akwei said, it might – again, depending on how it’s written.

But in reality, it will most likely force dictators, despots, corrupt regimes, etc., to purchase arms on the black market – something many of them already do (with regularity).

In the end, ATT or no ATT, the bad guys will still have access to guns.