AFP reports that an Australian Olympic couple will not be able to sleep together (in the literal sense) during the upcoming 2012 London Olympic Games.

Australian shooter Russell Mark and his American-born wife, Lauryn, will each be shooting for the gold medal in London. What they won’t be doing, however, is sharing a bed.

The Australian Olympic Committee (AOC) told the Marks that they’d have to room separately throughout the Games. They could rent their own hotel room if they wanted, but if they do it would have to be on their own dime. If you think that sounds silly, then you’re not alone.

Russell Mark, as you might expect, is peeved. He argued, “The stupid part of this … is that there are tons of gay couples on the Olympic team who will be rooming together so we are being discriminated against because we are heterosexual.” 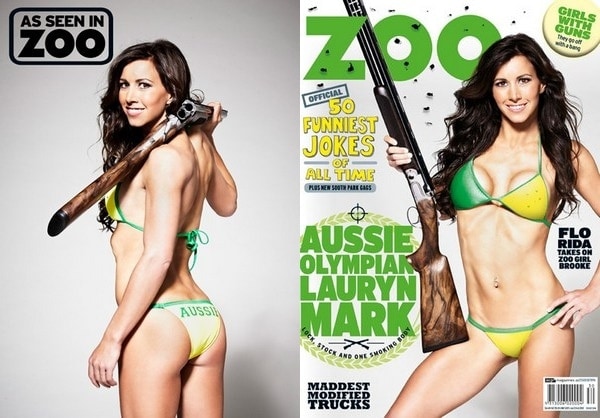 He also suspects that he and his wife are being punished. Stuff reports that Russell Mark has been in a heated debate with the AOC over their ban on sleeping medication. Lauryn also posed in a revealing swimsuit for a photo shoot with a men’s magazine. Russell argued, “What pissed the AOC more than anything else is the photo shoot. It’s just too hard for them.”

In the AOC’s defense, Russell seems to be a beacon for controversy. He threatened to participate in the Olympic Opening Ceremony wearing a Borat-style mankini. Sometime tells us that he Russell wouldn’t fill out the suit quite as nicely as his wife.

Olympic officials are brushing away the accusations of discrimination. Nick Green, chef de mission for the Australian team, gave the oh-so-neutral response, “Accommodation and bedding are done in a particular way to ensure all the athletes are accommodated in the village.”

It’s hard to tell if this is just standard protocol for Olympic sleeping arrangements or if it’s an intentional low blow. Either way, that still sucks pretty hard for the Marks. After all, the only thing better than getting an Olympic gold medal is the night of patriotic, adult celebration that immediately follows.