The Andromeda Tactical Lamp is not your standard weapon light. It’s not even for weapons. It’s for rooms. Or desks, offices or Tactical living rooms.

The Andromeda lamp is a startup project by industrial designers Vinh Phamdo, Jake Barney, Mason Rinehart and Felix Tsoi who had the notion of building a hard-edged light that draws heavily from modern weapons design. Their model: a rifle.

“The idea for this lamp was a result from exploring other possibilities of the Picatinny rail systems currently used by the military. We wanted an EPIC, BADASS, and just AWESOME lamp with a unique functionality that no one has ever seen before.

“In order to take it one step further, we developed our own design in hopes that it would not only make our lamp unique, but have future applications such as custom lighting designs and eventually be used in a real-world military environment.” 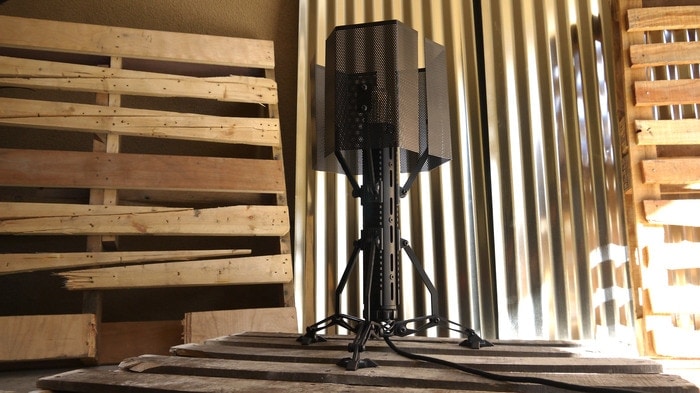 Based on a center column with three Picatinny rails, offset at 120 degrees from each other, the Andromeda lamp is an anodized aluminum pillar of tactical elements. Each rail sports a fully-adjustable leg that can be raised, lowered, extended, retracted and angled to any surface. The rails also have one shade a piece that can be articulated and even reversed. The lamp has a standard E-27 socket for use with regular light bulbs but will ship with a classy filament bulb.

The team put together a Kickstarter project to raise the $70,000 they needed in start-up capital and have succeeded less than two weeks after announcing the Andromeda, and they’re still taking orders. Anyone who pledges $280 will automatically get one of the first Andromedas off the line, and a pledge of $300 get you a tactical lamp and a set of red, blue, orange or clear anodized screws. 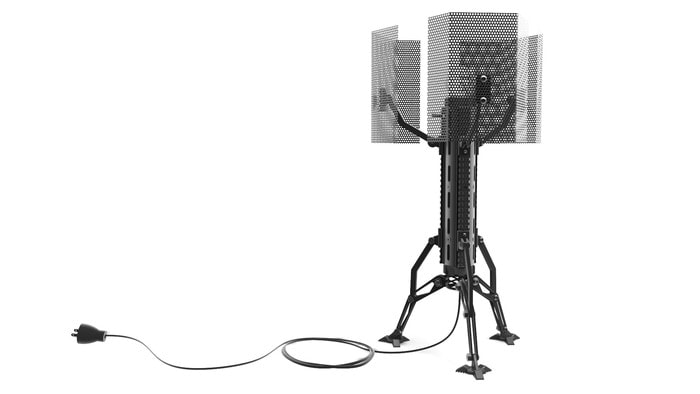 Once the Kickstarter lamps ship, the price for the Andromeda jumps to $560, so you’re getting about half off for buying an early model and giving them the money they need to start a company.

The Andromeda lamps are expected to ship this December, just in time for the holidays.

If you’re interested in a completely customizable tactical lighting system you know where to go. The Andromeda Tactical Lamp is unlike anything out there, and makes shopping for furnishings fun. This lamp is a tremendous work of gun-inspired art, not to mention, doubles as a Picatinny rail accessory organizer.