The Firearm Blog reports that Izhmash has created an airsoft version of the AK-74M rifle. At least, it appears that they will be creating it. The slightly ambiguous press release suggests in uncertain terms that Izhmash will be designing and manufacturing it, and not just licensing the manufacturing process to an Asian market.

Either way, this airsoft gun is sure to be a favorite among fans of AK-74Ms and airsoft rifles. The dimensions and weight will be identical to a real AK-74M. According to the Izhmash site (and a little bit of help from Google translate), the AK-74M airsoft will be capable of firing both single shots and bursts, and it will have a fire rate of 800 rounds per minute. Projectile velocity will reach about 135 m/s, and scatter distance while shooting at a 50m target should not exceed 30 cm. 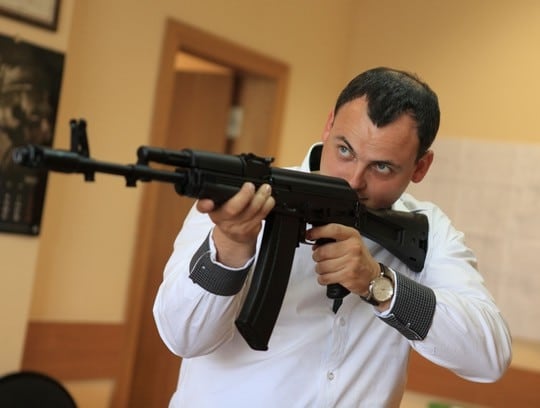 Production for these airsoft rifles is expected to begin later this year in September. Getting one of these might be the perfect option for readers out there who have always admired Russian-made weapons, but who can’t acquire a real one thanks to their state’s restrictive laws. Well, these airsofts may not be quite as much fun as their real-life counterparts, but they’re as close as some of us will be able to get without moving to a much more gun-loving state.